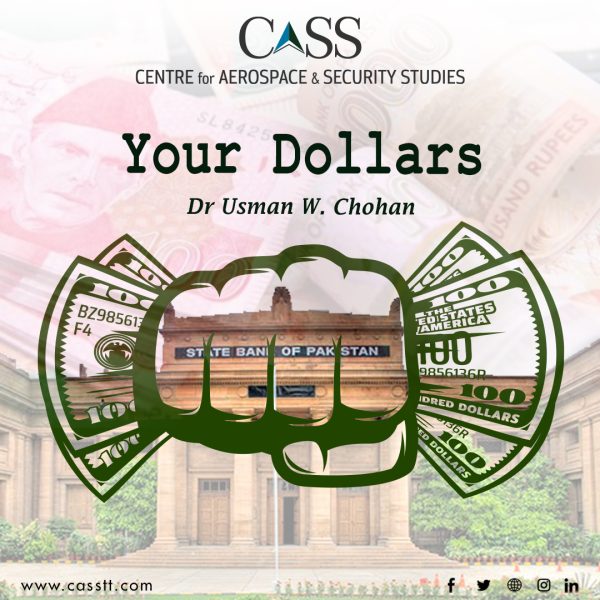 Since Pakistan’s foreign reserves began to fall in 2022, the public has often been presented with two different figures representing the dollars in the country. One set is that available to the State Bank of Pakistan (SBP), which is now in the $5-$6 billion range, and the second is the larger sum that includes the dollars held in the private banking system, which adds a further $6 billion for a total sum of $11-$12 billion dollars. The money in the commercial banking system is, for the layman’s purposes, depositors’ dollars in private holdings, which you and I can create by parking US dollars in personal accounts. These are not the government’s property; they are private-owned holdings in the private banking system.

Yet an emergent political rhetoric has begun to conflate the commercial banks’ dollar deposits with that held in the central bank reserves, and this is both dangerous and worrisome for citizens who have entrusted the nation’s banking system with their foreign currency deposits. Rumors have been flying around that, if push comes to shove, the government might freeze these accounts or force their conversion at the (bad) official exchange rate to Rupees. If this were to happen, it would have severely damaging consequences for the economy that would far outlast the global recessionary headwinds that abound today.

A similar mistake of freezing dollar accounts occurred after the 1998 tests, when Finance Minister Sartaj Aziz declared in a press conference that foreign currency accounts worth about $7 billion (a similar amount to today) would be paralyzed. The damage to the banking system and the public outrage over this move was easily subdued by a general euphoria of having become a nuclear power, and the jubilations across every street and ally in the country. There is no such jubilation today, and the public support that existed in those triumphant days is nowhere to be found. Back then, the Rupee was Rs.44/dollar, today it is either Rs.227 at the untenable “official” rate or up to $260 in the real world, if one can even find the dollars.

Four further problems persist in the current stagflationary environment. First, hoarding and speculation remain rife, distorting market signals where even the black market rate is an exaggeratedly low figure, while the “official” rate is an exaggeratedly high figure, and all the bombast of government protecting the rupee is being paid short shrift by the currency mafia. Second, private banking channels have themselves worsened the dollar dearth through manipulative practices. Third, grandstanding by the government about the IMF deal, and the lack of progress on measures stipulated in the Extended Fund Facility (EFF) is compounding the anxiety of the business community. Fourth, the SBP’s role as the de facto “broker” of dollars is playing havoc with the industrial sector, which will ultimately reduce the exports through which foreign exchange would be earned.

In such desperate circumstances, it is very tempting for the government to reach into the pockets of the people. This implies that the government has the right to squeeze the saver-citizens who have parked their dollars in Pakistan. In doing so, it will have a severely negative impact on the reputational and stability elements of the financial system, magnifying hoarding and speculation, pressurizing the banks further, and still not remedying the longer-term problem. Grabbing the additional $6 billion of citizen reserves will at best give the government six months (at $1 billion in imports/month). What then?

At a time when the economy is going through an acute crisis; when households, industries, and the government are all feeling a severe pinch, some scholars
285 views