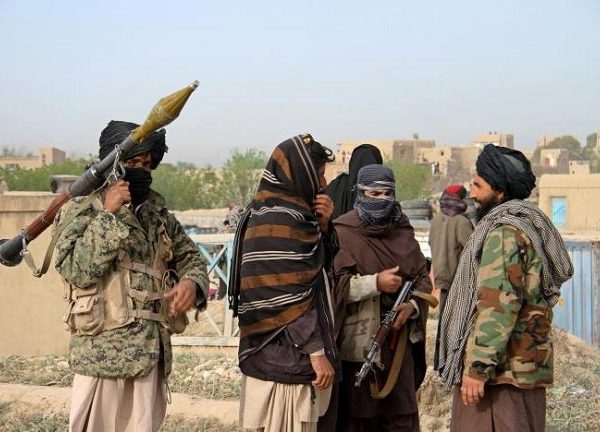 The fall of Kabul back in August 2021 has further heightened internal security challenges of Pakistan. In this regard, the main challenge is the resurgence of the banned outfit Tehreek-e- Taliban Pakistan (TTP) along with an uptick in its terrorist activities against Pakistan.  The hasty withdrawal of US forces, along with the return of Afghan Taliban, has emboldened the TTP to use Afghan soil and carry lethal attacks across the border – without any sort of condemnation from the new dispensation in Kabul. Since then, there has been a gradual increase in TTP’s attacks inside Pakistan. The American retreat has not just served as a morale booster for the terrorist outfit, the militant group has also burnished its war-fighting capabilities by seizing arms and military equipment left behind by the withdrawing US forces.

A report prepared by the United Nations Security Council last year estimated the number of TTP fighters on the Afghan side of the Pak-Afghan border to be around 6,000. Members of the banned militant group are regrouping and reorganising with its major leaders residing in Afghanistan. Though the Afghan Taliban have repeatedly asserted that Afghan soil would not be used to attack any neighbouring country, the TTP – being a former battlefield ally against US/NATO forces – has benefitted from the reluctance of the new regime in Kabul to clampdown on them. As TTP is perpetrating terrorist assaults in Pakistan, its leaders are finding safe havens across the border, with Afghan Taliban showing no signs of expelling them.

It needs to be pointed out though that the Afghan Taliban did play the role of principal mediator between Pakistan and the banned militant group. Unfortunately, negotiations yielded short-term success: ephemerally, ceasefire remained enforced and consequently led to the cessation of hostilities. However, the terrorist group soon ended the ceasefire in December last year, accusing the government of failing to abide by obligations decided earlier. While analysing the calculus of that particular ceasefire, it becomes clear that the group merely wanted to get its senior leadership released from Pakistani jails. Moreover, it was an astute strategy to facilitate the Afghan Taliban in consolidating their powers in Afghanistan.

Despite calls from Islamabad to help dismantle TTP groups on Afghan soil, the Taliban regime in Kabul is not cooperating. The majority of cross-border attacks from Afghanistan in 2021 were carried out by the TTP. The number of attacks are likely to increase this year, given the terrorist organisation’s close association with the new rulers in Kabul who are not confronted by US forces. Continuous use of Afghan soil in planning and execution of cross-border attacks is alarming since the Afghan Taliban have not taken any action against them, letting the group act with impunity against Pakistan. Moreover, the government in Kabul is quite reluctant to cooperate and collaborate with the Pakistani authorities to help manage and secure the long porous border between the two countries.

Therefore, Pakistan has to devise a different and comprehensive approach to deal with the TTP threat. Negotiations have failed since the outlawed terrorist group has taken a hard stance on talks and frequently carried out deadly attacks that have intensified in the recent past. Government’s continuous emphasis on peace talks with a militant group – that has rejected peace deals, continued with violence, and bought time during peace to regroup – is tantamount to appeasement. Appeasing terrorists has not worked in the past and showed signs of weaknesses while emboldening other outlawed groups. Hence, the best course of action seems to be to put more pressure on Afghan Taliban to not allow TTP (or any other banned outfit) to operate from across the border.

TTP’s presence in Afghanistan is a huge challenge given the long history of Afghan soil being used as a launching pad for cross-border terror attacks. Consistent efforts to pressurize Afghan Taliban for not letting these outfits to operate freely are likely to yield results as the Taliban regime in Kabul is desperately looking to be recognised by the international community (one condition for recognition is the ability and will of Taliban government to not letting Afghan soil be used for terrorist activities in the region).

Pakistani security forces have already done well to dismantle operational terrorist cells of TTP through intelligence-based operations in the past. The fruits of such efforts should not be jeopardised by peace gestures that have not yielded desired results in the past; instead they have allowed the outlawed TTP to buy time, regroup, reorganise, and then intensify their attacks against Pakistani security forces and citizens. Hence, the counter-terrorism strategy to deal with the resurgence of TTP should comprehensively incorporate three simultaneously pursued efforts: firstly, urge Afghan Taliban to take tangible measures against the TTP and try to build a relation of mutual trust between the immediate neighbours. Secondly, link recognition question with efforts to secure Pak-Afghan border and an effective counterterrorism policy agreed by both states to preclude illicit movement of terrorist outfits across the border. Thirdly, carry out intelligence-based operations against the outfit by signalling total war against militancy. Only then, the dream of sustainable peace in the region (and Pakistan) that is mutually linked can be achieved.

Asad Ullah Khan is a Senior Researcher at Centre for Aerospace & Security Studies (CASS), Islamabad, Pakistan. He can be reached at cass.thinkers@gmail.com.