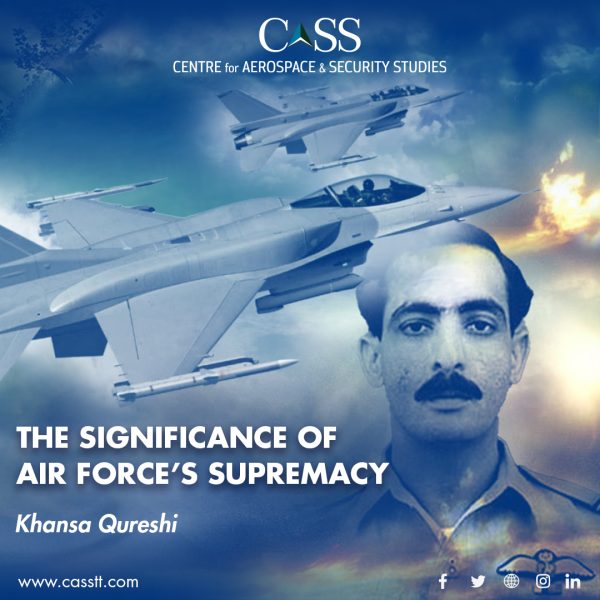 In 1965, the world witnessed unprecedented sagas of heroism and success achieved by the Pakistan Air Force in a war with its Indian counterpart. During the 17 day war, in fierce aerial battles with Indian Air Force (IAF), PAF led the nation out of great odds of falling against a hostile, invading country that was 5 times bigger in size.

From the very first air battle that broke out at the start of the month of September, PAF managed to attain air ascendency over its adversary. On 1st September, PAF inflicted heavy losses on Indian Air Force (IAF) as the former shot down 4 of IAF’s Vampire MK 52 fighter-bombers, forcing it to ground the entire fleet of 130 Vampire Aircraft. This initial morale boost for the PAF was attained as its F-86 Sabre Aircraft became grim reapers for a whopping 35% Aircraft in the IAF fleet.

Meanwhile, on the fateful day of September 6, a formation of 3 F-86 aircraft led by Squadron Leader Sarfaraz Ahmad Rafiqui shot down a total of 4 Hunter aircraft in the face of great odds. The leader ended up sacrificing his life for the motherland and setting an example of leadership. PAF’s airstrikes on the IAF installations at the locations of Adampur, Halwara, and Jodhpur incurred heavy damages. Furthermore, the airstrike on Indian Air Base Pathankot is considered as one of the most successful air raids in contemporary war history, as it completely annihilated 13 Indian aircraft. In total, over the span of just two days, from 6 to 7 September, PAF obliterated 50 aircraft -both airborne and on ground– meanwhile multiple others sustained damages. In East Pakistan too, PAF with only one squadron –deployed there against 10 of India’s operational squadrons– was able to attack India’s Kalaikunda Air Base and wipe out entire fleet of aircraft including Canberra bombers, Hawker Hunters C-119 aircraft of the Indian air fleet. Meanwhile, by the time war ended, Indian Air force had lost 110 aircraft, with 18 bearing heavy damages.

While on one hand, air superiority is achieved by effectively deploying aerial assets over the battlefield, on the other hand it also denies the enemy from doing the same. By virtue of being in the lead and forcing the IAF to play the catch up, PAF masterfully executed the winning strategy of dictating the battle terms and leading the adversary in the decision cycle. Resultantly, PAF’s air supremacy denied IAF the ability to provide air support to ground forces.

A state’s forces’ firepower and manoeuvrability also get enhanced when it wields air superiority in battlefield. PAF’s support was the major reason that 13 major attacks mounted by the Indian Army on Lahore-Kasur front and 15 of those mounted on Sialkot, along with incursions in areas like Rajasthan were repulsed by the Pakistan Army.

Research also shows that air superiority has the biggest role to play than any other factor when it comes to winning a war. Air superiority has also been believed to be a better indicator of victory in a war amongst other indicators considered critical for predicting a war’s outcome such as use of military power, modern military equipment, etc.

Although having an overwhelming number of air assets apparently seems an easy way to victory, the training of the personnel, the tactics of the aircrew, and adoption techniques of the available military equipment prove more determining than just mere number superiority. This is so because it is these factors that contribute towards achieving the air dominance. In the absence of professional excellence and strategic acumen the aerial assets deployed in a battle essentially prove easy meat for the enemy –no matter what the number. This is not to say that adoption of modern military system isn’t important part of winning a war, however, the way these modern systems are employed matter more than mere numbers.

While there’s no doubt in the capability and conduct of the PAF, it should also be kept in mind that geopolitical realities of today’s world continue to get bleaker by the day presenting developing nations with the newer security challenges. The inter-state competition is on never-ending rise, and the onset of cold war 2.0 stirs the graver risk of international conflicts. Moreover, the emergence of modern technologies essentially has changed the shape, size and characteristics of the warfare creating an uphill task for economically struggling nations of keeping the latest defence equipment. PAF is cognizant of these facts and latest inductions of JF-17 Block III, and J-10C, as well as the next-generation fighter aircraft programs like Project Azm are commendable and reaffirm PAF’s defence readiness and the capability to defend the nation’s boundaries at any time. Meanwhile, PAF’s venturing into emerging technologies like aerospace sciences, cyber, and AI also merits mention as this indicates that PAF has been adapting to the newly emerging realities by not only adopting advanced technologies but also by seeking to indigenously produce them such as big data, predictive analytics, and machine learning etc.

Although, surviving as well as thriving in hostile environment, with militarily advanced belligerent actors like India as a neighbour is extremely difficult, it is the events like PAF’s role in 1965 that reassure the nation that no matter what the odds are, the sheer professionalism, passion, and perseverance of the PAF will not let the nation down. PAF has proven time and again –most recently in the aftermath of the Balakot strike in 2019 – that it is perfectly capable of thwarting a much larger enemy. The professional excellence, and matchless commitment indicates that the PAF is indeed a force worthy of the title, Second to None.

Khansa Qureshi is a researcher at the Centre for Aerospace & Security Studies (CASS), Islamabad, Pakistan. The article was first published in The News International. She can be reached at cass.thinkers@gmail.com.