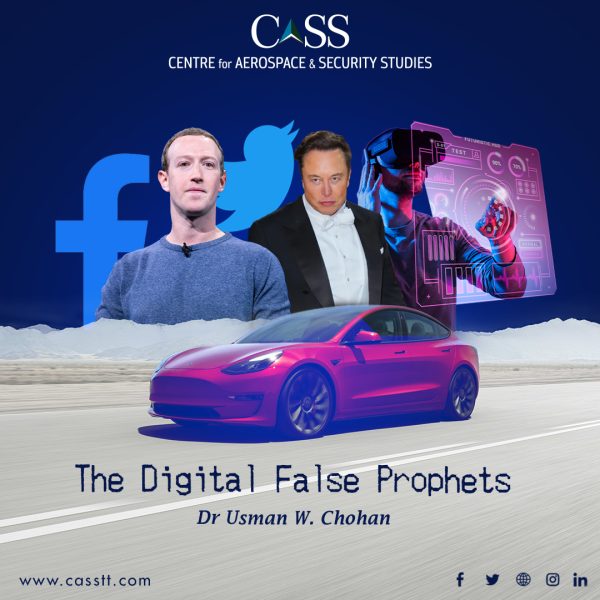 In recent months, it has become increasingly apparent that the well-worshiped heroes of Silicon Valley are, to put it mildly, inept at dealing with the challenges of the digital economy. The “tech bros,” as they are often called, have spent much financial and social capital positioning themselves in the public mind as new emperor’s who can solve the toughest problems of the 21st century as part of their personal quest for immortality. But such figures, including Elon Musk of Twitter and Mark Zuckerberg of Meta, are both striking examples of billionaire messiahs who have drawn increasing ire for actions that now appear to be a quixotic mixture of hubris, fiat, and revelry. The recent issues that have emerged in both cases should signal the clarion call for the public to realize that these are false prophets of the digital economy.

The case of Elon Musk as digital messiah  is interesting because Musk’s portfolio involves several genuine success-stories such as Tesla, which proved the naysayers on electric vehicles wrong (at least partially). Yet his dive into Twitter cannot be framed in terms of the broader vision he touts of human life of the future (Martian travel). His purchase of Twitter for $44 billion is, by any measure, an overpriced sum. He has had to sell billions of dollars in Tesla stock to help pay for the acquisition (thus sinking its price), and is looking at a billion dollars in interest payments annually for the $13 billion leverage applied in the purchase. In looking at Twitter’s books, he has realized that it will need to be heavily monetized, but his approach to solving this has been dismal. He began to tout the idea for $20/account for a verified identity on Twitter, at which the Twitterati balked, and so he brought the sum to $8/account.

This meant, however, that any Tom, Dick, and Harry could purchase verification and then wreak havoc through the newly-verified account. Hilarity has since ensued on Twitter. One verified account changed its handle to @GeorgeWBushs and its profile picture to the former president’s, only to tweet “so what if I did 9/11?” and “I miss killing Iraqis.” Another adorned the persona of Tesla itself and disparaged it. More strikingly, an account posing as the drug maker Eli Lilly tweeted that it would give away its insulin products for free, causing the stock of the company to fall precipitously and resulting in a $16 billion dollar loss to the actual company! A similar problem befell the aerospace company Lockheed Martin, whose stock fell when a false (yet verified) account said that the company would halt arms deals with the US, Saudi Arabia, and Israel, pursuant to human right investigations.

The shenanigans continue to multiply, and so too does the crisis at the company itself. Twitter has laid off 11,000 workers in one fell swoop, many of whom accounted for its best assets in human capital. Advertisers have begun to shun the company, leading to a risk to Twitter’s revenues, while existing mainstream corporations and public figures are growing wary. How does this entire Twitter fiasco synergize with Musk’s fantasies of futuristic, space travel, and hyperloops? It doesn’t, and one should enjoy the hilarity of the new Twitter while discounting its leadership’s credence.

Another example from Mark Zuckerberg of Facebook (now Meta) also gives an indication of the out-of-touch billionaire masquerading as False Prophet. In recent times, Zuckerberg has harped on about the idea of an immersive digital universe, or “metaverse” as it is called, which will draw in countless users in the way Facebook has long enjoyed. It will be a form of near-permanent virtual existence to which humanity will willingly and gladly surrender, he hopes. But the world is, unsurprisingly, not as keen on the metaverse as Zuckerberg is, and the markets have punished Meta’s stock accordingly.

Whereas Meta traded at close to $350 in 2021, it is now at less than $100, and one hundred billion dollars has been wiped off Zuckerberg’s net worth. This is because he remains adamant about the metaverse when it is clear that virtual immersive worlds already exist (GTA 5, Second Life, World of Warcraft), and the Crash Bandicoot level of graphics that Zuckerberg is positing cannot be the next phase of digital life. In fact, younger users do not consider Zuckerberg to ne the path-breaking trendsetter anymore, and are adopting other platforms such as TikTok.

The digital economy is an ever-evolving space where the best new ideas can emerge from any corner. The tech bros of Silicon Valley do not have a monopoly on good ideas, and their insistence on shaping the economy to their will, rather than adapting with the times, will mean that the public will gradually recognize the proverbial emperor’s new clothes. Building Tesla does not equate to rescuing Twitter, and building Facebook is no guarantor of a thriving Metaverse. The future of the digital economy is, therefore, in our collective hands, and not in those of digital false prophets.

Dr. Usman W. Chohan is the Director for Economic Affairs and National Development at the Centre for Aerospace & Security Studies (CASS), Islamabad, Pakistan. The article was first published in News Lark. He can be reached at dir.econ@casstt.com.

According to a study, the average human being spends around 90,000 hours of life at work. Hence, it is important to understand how the work
180 views