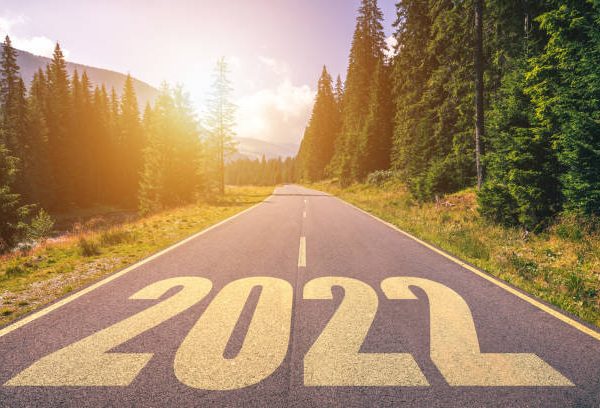 It is difficult to predict what the future holds. However, estimations can be made based on careful evaluation of past experiences and years. The following predictions are, therefore, being shared as possible outcomes that can assist national leaders to mark priorities for the year 2022. They can also help researchers/scholars in identifying possible areas to look into and analyse how these events might unfold. In particular, the article looks at emerging technologies and trends given international political environment trends.

The foremost technology trend that may change the landscape of the world could be quantum Computing. As the digital world is generating enormous complex data, there is a demand to upgrade computing speed and performance and this is where the power of quantum computing will be used to deliver solutions to intricate computing problems. Furthermore, AI, big data analytics and machine learning will continue to improve as more and more data is being generated. The abundance of data and increased workload due to it could lead to a major leap forward in cloud computing. However, increased institutional dependence on cloud computing and data analytics may also make institutions vulnerable to sophisticated cyberattacks such as ransomware attacks, Denial-of-Service (DoS) attacks etc.

Exposure to vulnerabilities due to advancement in technology has pushed governments to take calculated steps and implement protective policies. In 2018, we witnessed the European Union taking the initiative of General Data Protection Regulations (GDPR). This initiative led more than 16 additional countries to adopt GDPR-like regulations. This trend is likely to continue, leading to more and more states working in the direction of developing and implementing new laws and regulations relevant to the digital age. Similarly, regulations for AI algorithms are also forthcoming. Though chances are that these regulations would still not be all inclusive, for instance, AI regulations would not be able to completely remove biases in algorithms or ban Lethal Autonomous Weapon Systems (LAWS) as these subjects hold great interest for various stakeholders.

Many a times technology and its advancements has triggered rivalry between countries. Cold War strategic rivalry saw a similar tussle between then-Soviet Union and the United States (US). In 2022, the subject of technological competition will continue to create rifts among countries. Competition in technological advancements could impact China and the US the most. The two are attempting to beat each other in the AI race in 2022. However, intense competition may emerge in the field of drones and unmanned systems as well. The trade war between the US and China is also not likely to die down and rivalry is likely to continue in the Asia-Pacific region. Nevertheless, the two states would not engage in kinetic confrontation. Rather, it is likely that new channels of communication between the two states could emerge that may help mellow down tensions.

Tensions in South Asia are expected to continue as they are. Tensions have remained high in recent years such as the factious aerial skirmishes between Pakistan and India and abrogation of Article 370 of the Indian Constitution in 2019. The two nuclear power states, even though reside on a hotbed of contentions, may not engage militarily as they did in 2021. This may be so as the stakes of such a high-level confrontation risks inadvertent escalation. Nevertheless, military modernization will continue on both sides. Pakistan is expected to purchase the Chinese J-10C which are likely to be delivered by March 2022. While India has deployed the S-400 ADS and is on a mission to modernize its military inventory with 90 Israeli Heron drones and 20 American MQ-9 Reaper Armed drones. However, incorporation of an appropriate strategy to establish its military’s effectiveness would remain a challenge for New Delhi. In addition, the looming threat from China as well as Pakistan might push India to adopt non-conventional means of subversion.

The abruptness of US’ withdrawal from Afghanistan would continue to have consequences in 2022. It is estimated by the UNDP that 97% of Afghans could plunge into poverty by mid-2022. This alarming estimation requires immediate attention by International Financial Institutions (IFIs) as a serios humanitarian crisis is now looming in the country. This may ultimately impact the security of South Asia for which regional players such as Pakistan, China, and Iran may have to work extra hard.

Middle powers are gaining more and more power. This aspect would push them to form economic and security alliances. However, they might still have to walk a thin line between national and international pressures which might become a hindrance in realization of their full potential. Middle powers have attempted to consolidate their positions in 2021 such as the emergence of QUAD Middle East that united Israel, UAE and India with the US on the agenda of economic and security aspects. Similar aspirations may occur among other middle powers to develop greater influence on the regional stage but could also have an impact on the global level. At the global stage, these middle powers may encounter American and Chinese pressure, however, they will not be forced to choose between the two.

On the COVID-19 front, life may get ‘back to normal’, however, not as it was pre-COVID. Rather, people may to start to embed the new-normal COVID protocols in their life such as fewer in-person meetings and conferences. While the majority of the world will move to their booster shots, the African region would still need attention. COVID-19 cannot be eliminated until all states and regions are fully vaccinated. Therefore, governments would need to continue to cooperate in an effort to tackle this virus and its variants.

Another subject on which states might cooperate is ‘climate change.’ The pressure on states to work on reducing carbon emissions may emerge from active civil societies around them. It may also mobilize some states to join the cause and that may provide a significant opportunity for those who are headed in divergent directions to bond. It is important to forge state-level collaborations as it is predicted that 2022 could be one of the hottest years and the weather could cause food shortages, extreme conditions as well as affect human health. Climate change, being a global issue, would therefore require teamwork.

From the above, we can conclude that while the new year may not bring harsh changes to the world, noticeable differences would remain visible. Ironically, as the world is becoming more and more integrated in the digital age, states are getting distant. While it is understandable that national interest takes precedence, however, a collaborative approach that eliminates zero-sum thinking is the only possibility that would allow the world and its people to flourish. 2022 presents a new opportunity to shape the world in a way that the previous years failed to. This new opportunity could be utilised to develop circumstances that promote meaningful and collective effort towards making the world a better place, even if that sounds rather idealistic.

Maheen Shafeeq is a researcher at Centre for Aerospace & Security Studies (CASS), Islamabad, Pakistan. She holds a Master’s degree in International Relations from the University of Sheffield, UK. She can be reached at cass.thinkers@casstt.com.