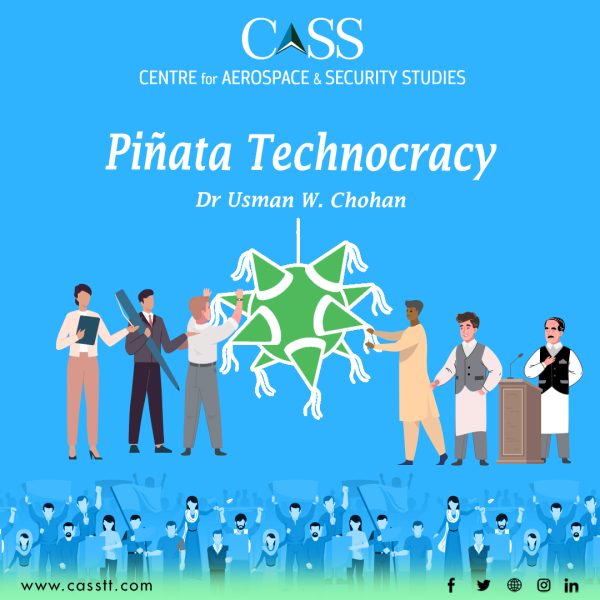 For centuries, the children of Mexico have played with a candy-filled toy at birthday parties known as a piñata. The piñata is a large, animal-shaped stuffed toy that is hung from trees, with the idea that children will pick up large sticks and beat the piñata to a pulp, letting all the sweets pop out from inside. Parents enjoy using piñatas to distract children, letting the kids focus their violent energies on the stuffed toy and keep the childrens’ mob-energies at bay during the party.

It is with the same Mexican fiesta mindset that the political chatter now raises the specter of a “technocratic government,” which is to come in (unelected), and take all the “hard decisions” that need to be taken, so that the current setup does not need to take any electoral blowback or public backlash for those tough policy choices. In other words, the current setup would, like Mexican parents at a fiesta, put up the technocratic regime as a large, pink piñata. The public would pick up their sticks, like kids at a fiesta, and bash the piñata for all of the economic hardships it would face. The politicians would, in such a situation, watch gleefully as the so-called “technocrats” are strung up by the mob while attempting to force-feed the public any bitter pills of unpopular reforms.

This is not a reasonable way to manage a society, and the premise of so-called “technocrat” piñatas suffers from two basic flaws. The first is that technocratic governments do not have a sufficiently strong record of performance over the past 75 years. Their reforms are piecemeal at best, and serve a multitude of interests other than the people of Pakistan themselves. There are ideological and perceptual limitations in their actions, which are a subject of the places where they have been trained, and whose tagline they follow. Although the word “technocrat” sounds like some progressive, futuristic techno-buzz, Pakistan’s technocrats are often old enough to have seen Noah’s ark in action, and their (sometimes octogenarian) advanced age reflects outmoded “technocracy.”As such, there is little solace in the word “technocrat” as we approach the second quarter of the 21st century, while these old goofs of IMF props were witness to 2100 B.C. and have come time and time again under various governments with little to show for it.

The second problem is that, like the Mexican fiesta-parents who want the kids distracted, the politicians want to keep the public’s ire off their backs. This scapegoating is both silly and undemocratic. If politicians cannot take hard decisions and see them to implementation in the national interest, then they aren’t “leaders” worthy of the name. In that case, they simply shouldn’t lead. Good leadership requires mobilizing the people towards common goals and persuading them to sacrifice in the immediate term for a greater good. In the Art of War, this is the first of the traits mentioned in the evaluation of the leader: the Moral Law. If politicians cannot muster such leadership, and intend to put gerontocratic stuffed-animals at the helm, then why should they vie for power?

The solution, therefore, is not to place piñatas to begin with. A government that reflects the will of the people must come and serve. By the people, for the people, and persuade the public that difficult choices, if taken, will help the nation to weather the difficult international storm that the world is passing through. Let the organizers at the fiesta know: the case for gerontocrats and kleptocrats are both weak; but the case for democracy, supported by technical expertise and the will of the people, is strong.