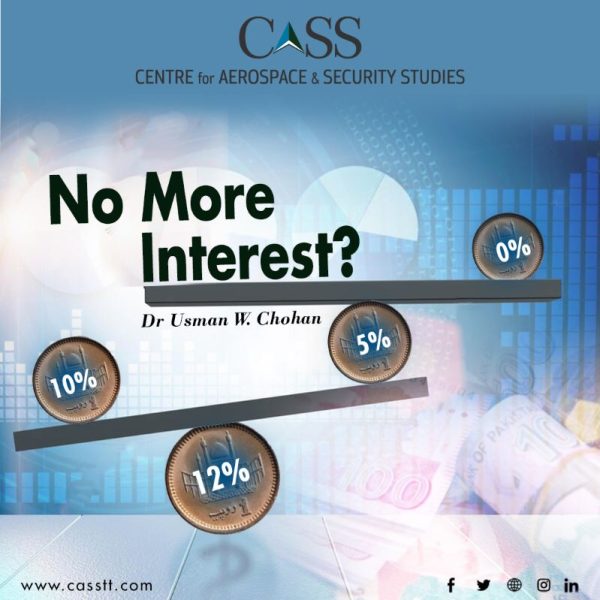 At a time when the economy is going through an acute crisis; when households, industries, and the government are all feeling a severe pinch, some scholars have found the time for high-mind “interest-free” economy rulings. Their decree, which pertains to the abolition of usurious practices, is laudable in the abstract, and various government agencies and major banks, including the State Bank’s Islamic Banking Directorate and the National Bank of Pakistan, appear to be on board. To live in a society without usury, which is to say, one without the exploitative extraction of interest, would be a marvel. The problem lies, however, in how utterly detached the ivory-tower pundits pushing for this interest-free economy really are from the functioning of both the normal and informal economy. There are several, and far more important problems that must be remedied before such pharisaic goals are met.

First, there are lending apps, for example, which are growing in Pakistan which actually employ usury, squeezing borrowers from the get-go with exorbitant interest rates, and then using punitive and exploitative measures to extract that interest whenever a borrower fails to repay on time. It was in aiming to prohibit such loan-shark activities that usury came to be forbidden in the Abrahamic traditions in the first place. A recent Securities and Exchange Commission  (SECP) circular has told such loan sharks not to use coercive measures to extract interest from borrowers, but the degree to which this will be followed remains to be seen.

Second, interest rates in Pakistan (and other emerging markets) are high because the embedded risk in the economy tends to be very high. If the risk of investing in the country were low thanks to a more stable and developed financial system, the base interest rate would itself decline. But with the (1) low tax base, (2) low savings rate, (3) large informal economy, (4) rampant dishonest economic practices, and (5) high power-differential among stakeholders in society, the local interest rates must necessarily be high even when the global economy is relatively stable. Nowadays, excess global inflation and the US Fed’s shortsightedness means that interest rates everywhere will have to be even higher than usual.

Third, defaulters on bank loans have a great many protections in the courts, which makes it unattractive for banks to lend to retail borrowers. A person can borrow from the bank, and simply let his case drag on in the courts, with no recourse for the banks to collect. This leaves existing financialization efforts stymied, and banks instead choose to lend to the government at a much lower risk premium. This means that such borrowers themselves are responsible for the stunting of the financial system, and until they adhere to higher standards of creditworthiness, regular or Islamic banks will not solve the problem of under-financialization.

Fourth, society has been afflicted by a short-termism that makes get-rich-quick schemes more rampant, and the ability to violate social trust is such that any semblance of Islamic finance would be utterly alien to it. The impatience of people, particularly young people, is such that they will fall to predatory schemes left, right and centre. This problem cannot be resolved by nominally changing the system; and it requires deeper structural remedies such as (1) promotion of a higher investment rate, (2) a larger tax base, (3) deeper capital markets, (4) tough prosecution of scam-artists, and (5) retaliation against false advertising on social media.

Fifth, the state of corruption in society is such that men will moralize incessantly but proceed to deceive their customers and cheat them six ways to Sunday. They will betray the public trust for narrow private interests, and then use the ill-gotten funds to perform virtue-signaling activities for public view. If this janus-faced attitude prevails then we are no better whether we have one system or the other.

The Pharisees sitting in their seminaries are turning a blind eye to these ground realities. There is no urgency to eradicate interest (instead of usury) which is a basic motor of a market economy. Until a wider paradigm shift in the people’s morality is realized, there is no point prancing about an interest-free system. The people at all levels of society must work with integrity and decency, with the public good and fiduciary duty in mind. When that happens, the financial system will already adhere to the principles of Islam, and there won’t be any need for the Pharisees to rubber-stamp it either.

At a time when the economy is going through an acute crisis; when households, industries, and the government are all feeling a severe pinch, some scholars
282 views