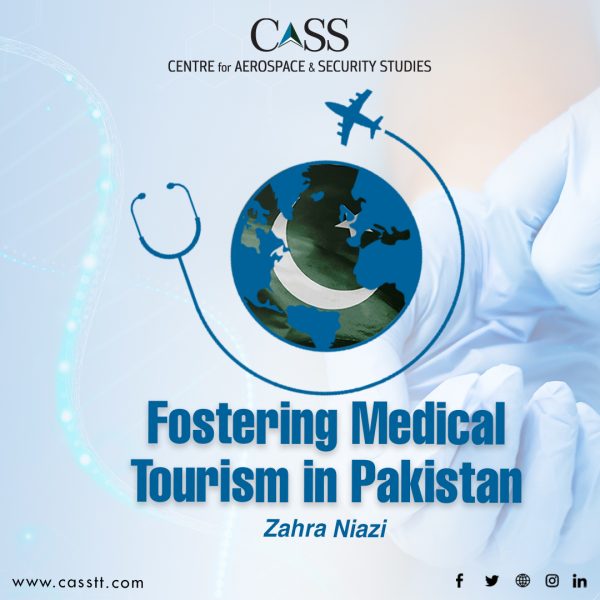 Medical tourism, which involves overseas travel and often over considerable distances to benefit from medical treatments, is booming worldwide. According to one estimate, 14 million people travel abroad as medical tourists annually, and the global medical tourism market is projected to grow to USD 53.51 billion in 2028 from USD 13.98 billion in 2021. Although medical tourism is predominantly a 21st Century phenomenon, it has existed for a long time. The first instance was documented more than 2000 years ago when pilgrims from the Mediterranean travelled to Epidaurus in the Peloponnese, known as the sanctuary of the god of healing, Asklepios. Nevertheless, it has evolved tremendously since then, attributable to the developments in information technology, ease of international travel, medical advancements, and the rise of transnational communities.

While it is often perceived as a movement from less developed countries to more developed nations, travel from high-income to middle- or low-income countries to seek medical treatment also constitutes a considerable proportion of it today. In some developed countries, such as the United States, certain procedures are costly, or those such as knee construction have long waiting lists as they are considered non-essential, which compels people to travel abroad and often to developing countries to undertake the procedure quickly or at a low price. Additionally, some people are uninsured or underinsured for specific medical procedures, for example, surgery for weight loss, in their home countries; or national health systems refuse treatments, for instance, infertility treatments, to specific individuals because of age.

Moreover, in impoverished countries, the facilities and treatments for complex surgeries or complicated diseases are inadequate, thus, leading to the flow of medical tourists to wealthier and developed nations. The elite class in some countries may also prefer to undertake treatment in destinations where medical standards are relatively superior. Sometimes, the simple desire for privacy or combining vacation with treatment may drive medical travel. In recent times, advancements in stem cell therapies for various medical disorders and diseases have also provided a major impetus to this industry. Although stem cell therapies continue to be questioned and criticised, their emerging success stories have been incentivising patients to undertake them as a last hope.

There is mounting evidence that medical tourism contributes to economic growth in destination countries due to the revenue generated through the provision of healthcare services to the patients, as well as their spending on accommodation, transport, food and drinks, and visits to tourist spots, among others. For example, the medical tourism market in the United Kingdom – one of the most popular destination countries for medical tourists – is expected to reach USD 6 billion in 2022. Likewise, the Indian medical tourism market is estimated to be valued at USD 7,417 million in 2022. In Costa Rica, USD 56 million was generated through medical tourism in the first two quarters of 2022. Many other countries have been benefitting tremendously from it.

Unfortunately, in Pakistan, this sector remains underexploited. The only noteworthy inflow of medical tourists to the country is from neighbouring Afghanistan, and even those Afghans express dissatisfaction with the services received here.

Pakistan can serve as a potentially attractive destination for medical tourism, particularly for the diaspora abroad, due to their religious, cultural, and linguistic affinity with the country. Home countries can serve as a desired location for the diaspora to seek healthcare services as they can meet family and friends and receive treatment simultaneously in a single visit. Pakistan is the seventh largest source of international migrants in the world and, thus, has a large percentage of diaspora residing abroad, particularly in the Middle East, the US, and the UK.

To become an attractive medical tourism destination, Pakistan first needs to work on retaining the brightest minds in medicine by addressing factors that lead them to move abroad. Second, it is necessary to invest in healthcare infrastructure development and improve the quality of products and services in the healthcare industry to foster the utilisation of healthcare resources. Third and perhaps, most importantly, new medical procedures, such as those related to stem cell therapies, which are recognised elsewhere, should also be granted regulatory approval in the country. Lastly, the internationalisation of medical services requires effective marketing. While the internet can be a helpful medium to do that, it may not be very effective due to the overwhelming amount of information available. In recent times, the role of medical tourism facilitators as effective marketing sources is increasingly being highlighted. Hence, the country’s healthcare service providers need to form active linkages with medical tourism facilitators, particularly in places that can be important origin countries for medical tourism to Pakistan.

Zahra Niazi is a Research Assistant at the Centre for Aerospace & Security Studies (CASS), Islamabad, Pakistan. The article was first published in Pakistan Today. She can be reached at cass.thinkers@casstt.com.