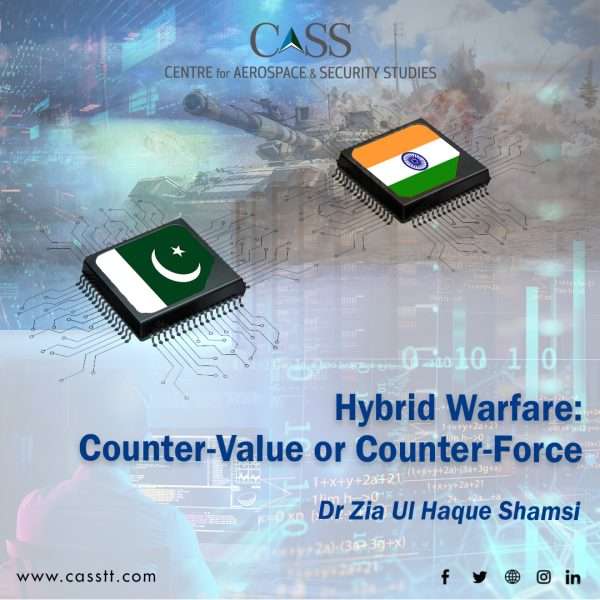 The title of this article might have indicated that it will be about nuclear strategies of the Cold War that are still valid, but never employed, except against the Japanese cities of Hiroshima and Nagasaki, to force a surrender and achieve an outright victory for the Allied against the Axis powers towards the end of World War II.

Briefly, the Axis powers comprised Germany, Italy, and Japan, with the support of Hungary, Romania, Bulgaria, Slovakia, and Croatia. However, the victorious Allied Powers were led by Great Britain, the United States, and the Soviet Union, well supported by Australia and other Western countries. It may be necessary to mention that the decline and fall of the Axis powers had begun much earlier.

Looking at certain political objectives, which may be defined by the aggressor to launch a hybrid war against the enemy state, it becomes evident that the primary targets would invariably be the people and their allegiance to the state. The aggressor state would make an effort to weaken the enemy state from within and that too without causing alarm bells among the international organisations and communities to avoid a backlash or unwanted resolutions.

The counter-value strategy warranted the destruction of population centres, as was seen in Hiroshima and Nagasaki, and earned an extremely adverse reaction from the global community. The US act is still remembered with pain and anguish. However, a similar effect can be achieved through the same strategy without actually using deadly bombs but by creating societal divisions and disruptions against the fault lines of the target state. For instance, India carried out an immensely successful campaign against the people of Karachi, the largest city in Pakistan that has the distinction of being an economic hub as well, by creating ethnic and linguistic divisions among the populace and, in turn, not only pitched them against the state but also crippled the economy of the country in general and the city in particular.

Likewise, India planted the seeds of separatism among the tribal leaders of Balochistan and created, funded, and deployed several militant organisations to challenge the writ of the state.

One might argue that atomic bombs had destroyed the target cities, whereas Karachi or Balochistan have not undergone a similar fate. However, what I am arguing is not the physical damage because a state can recover from that as has been done by Japan, but the psychological, emotional, and financial damage that Pakistan has suffered, may take decades to recover and that too if India discontinues its efforts towards the employment of hybrid warfare against the country.

India remained deeply involved in hybrid operations against Pakistan from 2005 to 2022, as was revealed by European watchdog DisInfoLab under its “Indian Chronicles” report. Indian serving officer, involved in acts of terrorism in Karachi and Balochistan, was caught and tried in the International Court of Justice (ICJ), for the same crimes. Pakistani authorities kept raising the issue with international organisations and submitted documentary evidence, but to no avail. Perhaps, India’s international status was too overwhelming and could not be ruptured by Pakistan’s diplomatic efforts, until the DisInfoLab revelations.

A closer look at some of the defined objectives against any adversary may include: cause regional or international isolation; affect the economy of the target state; change the regime and plant rulers who might serve your interest; make the state pliant; influence people through propaganda and media campaigns; use social media a weapon of mass manipulation; promote extremism; create ethnic and linguistic divisions, and support separatist movements. All of these (and more) may fall within the domain of counter-value targeting if seen through the lens of hybrid warfare and not from the viewpoint of a nuclear strategy.

Before I conclude, let me define hybrid warfare from the counter-value perspective. It is the employment of one’s non-kinetic strengths with all available means, with kinetic applications in standby mode, against adversary’s fault lines, to soften it from within, to make it a pliant state, or render it reeling under its weight or become dependent on international institutions. The above definition needs to be debated by academics before it finds its place in strategic literature.

Dr Zia Ul Haque Shamsi is the author of ‘Nuclear Deterrence and Conflict Management between India and Pakistan’ and ‘South Asia Needs Hybrid Peace.’ He is presently working as Director (Peace and Conflict Studies) at the Centre for Aerospace & Security Studies (CASS), Islamabad, Pakistan. The article was first published in Daily Times. He can be contacted at: dir.pcs@casstt.com.