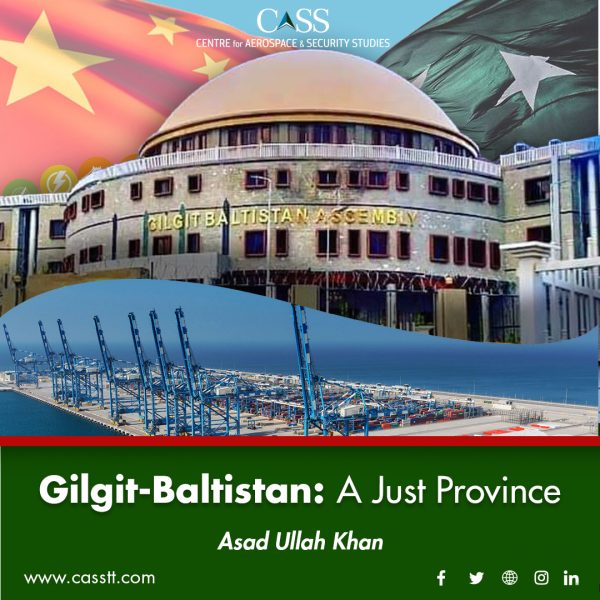 Looking Back at History

Before the partition of the Indian subcontinent, the present day Gilgit-Baltistan (GB) region was part of Jammu & Kashmir (J&K), one of the largest states of India. This princely state was established in 1846 under the Treaty of Amritsar between the British and Maharaja Gulab Singh Dogra of J&K. It included four administrative units – Jammu, Kashmir, Gilgit and Ladakh. In 1885, the British Indian government made some administrative reforms based on which, in 1889 ‘Gilgit-Agency’ was created and a joint ruling agreement was signed. It was decided to keep the civil administration under Dogra rule, and the military under the British Indian government as the British were keen to protect the northern borders from any foreign invasion. The British then decided to form ‘Gilgit Scouts’ who were initially trained and led by them. Later, in 1935, the British Indian government decided to take control of the region from the Dogras on a 60-year lease agreement. When on 30th July 1947, partition of the subcontinent was obvious, the British cancelled the lease without any specific reason and the region again fell into the hands of Dogra rulers. However, the Gilgit Scouts, comprised of the local populace, wanted to join Pakistan and resisted Dogra rule. At the same time, the Maharaja, already fearing an uprising in the region, declared accession of whole Kashmir region to India on 27 October 1947. This motivated the Gilgit Scouts to start an independence movement against Dogra rule on 31st October. On 1st November, the Gilgit Scouts, with the support of locals, ousted Dogra rulers and independence was declared.

After the establishment of an independent state, the local leaders unconditionally acceded to Pakistan. However, the then-government in Pakistan decided to treat the region as ‘political agency’ akin to unruly tribal areas bordering the then-called ‘NWFP’ province of Pakistan. Since then, GB’s political status has been evolving. Abolition of Frontier Crimes Regulations (FCR) in 1975, establishment of an administrative province in 2009 and enhancing the powers of GB Legislative Assembly in 2018 were a few significant steps taken by various governments in the process of this evolution. However, GB is still being governed without extending full constitutional status to the region. Its current status is based on administrative control by Pakistan over the past seven decades. This has hampered social, political, constitutional, legal, and economic prosperity of the region.

The absence of a formal governance structure and development opportunities, unlike other provinces of Pakistan, has created a vacuum in social development of GB. Despite the higher literacy rate, lack of technical education, medical colleges and engineering universities is one of the major causes of its underdevelopment. A weak knowledge economy could hinder the process of social uplift, especially in the context of the ongoing China-Pakistan Economic Corridor (CPEC) initiative. The Government of Pakistan (GoP) should take steps to strengthen the governance system by moving forward from mere administrative control towards the integration of GB. The current model of Non-Governmental Organisations (NGOs) trying to fulfil basic social needs of the region could start the process of cultural alienation and might increase resentment among the citizens of GB.

The political and constitutional status of GB has also been in limbo since its independence from Dogra rule in 1947.  This issue cannot be resolved till the people of GB are made stakeholders in decision-making. This is only possible by ensuring their adequate representation in the Parliament of Pakistan, like other provinces. Although all political parties have agreed to bring GB into mainstream decision-making of the country, no practical step has yet been taken in this regard. Moreover, failure to implement the Sartaj Aziz Commission report and the Supreme Court’s decision of January 2019 by all governments is yet another issue that requires the immediate attention of our policymakers to address the issue of GB. Any further delay in the provision of fundamental and political rights to the people of GB could provide an opportunity to external elements to exploit existing fault lines through grave disinformation campaigns.

De-linking the Kashmir Cause & GB

From a historical and legal perspective, the linkage between GB and Jammu & Kashmir (J&K) was voided with the independence of former on 1 November 1947. The unnatural and uncalled for linkage is giving an opportunity to India to propagate its false narrative about Pakistan that it is ‘fuzzy’ about GB. India’s agreement to the resolution of J&K dispute according to UN resolutions is unlikely to happen because of its propaganda about IIOJK on the international fora. In the same vein, integrating GB into Pakistan is misunderstood domestically as having negative implications for the Kashmir cause.

The answer to such notions is simple – a strong counter narrative is needed that de-links granting GB ‘provisional provincial status’ subject to the final settlement of the J&K dispute and ending the debate of GB being part of any disputed territory.

In the context of geo-economics, GB is significant for the following main reasons. It is the starting point of CPEC and with the world’s largest mountainous ranges, tourism plays an important role in promotion of economic activities in the region. Keeping its constitutional status in limbo could affect the security of CPEC, described as a ‘game changer’ for Pakistan. This will also allow space for Western propaganda against CPEC as evident from the tweet of Republican Congressman Bob Lancia that ‘Indian controlled Gilgit-Baltistan would be a major blow to America’s number one rival, China, and her Belt & Road Initiative, by denying China direct access to ports on the Arabian Sea.’

The GB region, given its socio-political and economic significance has become a crucial issue for the broader national security of Pakistan. Any further delay in merging it in the mainstream polity of Pakistan and keeping its status uncertain would be unjust since the people of GB have been waiting from 75 years for constitutional recognition as ‘Pakistanis’. Hence, in order to avert international criticism, strategic and economic challenges and for strengthening Pakistan’s national security, it is time to give ‘provisional provincial status to GB’ subject to the final settlement of the J&K dispute.

Asad Ullah Khan is a Senior Researcher at the Centre for Aerospace & Security Studies, Islamabad, Pakistan. The article was first published in Pakistan Observer. He can be reached at cass.thinkers@gmail.com