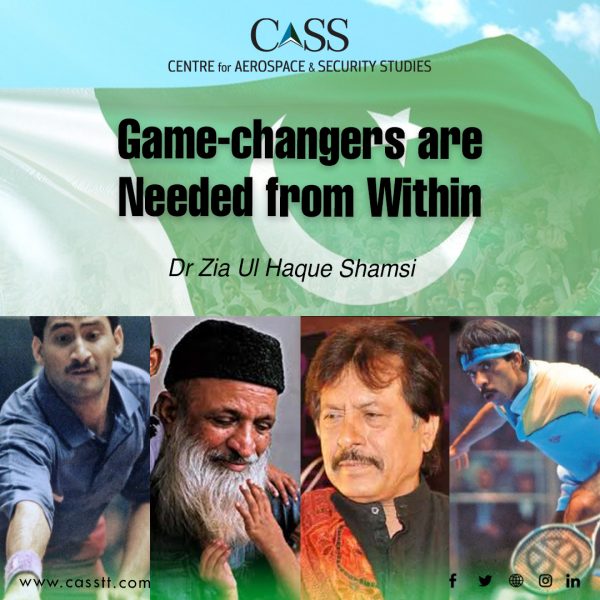 Sometime back, Dr Usman W. Chohan asserted that Pakistanis are a very sober society. He was referring to the role of the people of Pakistan during crises like earthquakes, floods, and Pandemic. I agreed with him and quoted him at various forums. However, now I realize that our society may be able to put up a brave face during crises, but that is not enough for the society to grow and prosper. I think our society is composed of interesting cultural norms. For instance, we are very good at criticising the others’ work, whether we are qualified to comment on the issue or not. It is usual in our culture that whenever somebody presents an idea of doing things differently, a counter-narrative is always available from those who are not experts on the subject. Perhaps, this is one reason why we do not encourage debates on any socio-cultural issues.  And, more so, when it comes to security related issues, everything is declared sensitive and confined to certain institutions, and is not in public domain. Incidentally, this causes uneasiness among the people, particularly academics and media, and therefore, the flow of requisite information gets disrupted leading to speculations. Moreover, half-baked knowledge leads to inconsistent writings that reflects poorly on the writer as well as the institution. Interestingly, these days quite a lot of substance is available through open source for the purpose of research and elaborate discussions.

Moreover, we are good at identifying and analysing our problems and a number of think tanks based in Islamabad, are regularly producing documents of prognosis of national level issues, including national integration, strategic fallouts, policy failures, and lack of governance, etc. However, most of the documents fall short of recommending a workable solution, and if certain recommendations are doable, unfortunately, they do not see the light of the day due to domestic political compulsions or impediments.

In my opinion, 75 years down the lane, it is time that we the people of Pakistan, look for game-changers instead of routine workers or leaders. In last week’s article, I had elaborated on the significance of teamwork that is essential for putting up a joint effort in building institutions and the state. Whereas, in this article, my focus is on looking out for game-changers to come forward in every walk of life. There are hundreds of examples of successful people around the world, but I would rather give examples from Pakistan’s recent history so that our younger generation gets the inspiration from within, instead of getting impressed by outsiders.

Starting from sports, Roshan Khan and Hashim Khan were the game-changers from whose performances Jahangir Khan and Jansher Khan learnt and ruled the world. However, when the World Squash Federations were changing the rules of the game to make the Asian art of the game difficult, the two Khans did not change their playing style and did not produce the younger generation of squash players and hence, failed to sustain mastery of the game. Perhaps, the same happened in the field of hockey as well. The European nations constantly do research in every department of the game for two reasons: make it interesting in order to keep it financially viable and make the rules that are best suited to their environment and players.

In the entertainment industry, Attaullah Khan Esakhelvi, was a game-changer, who in the mid-1980s introduced popular folk in a different style. His music was popular in most households as well in the streets of Pakistan, and has remained equally popular over the last four decades because he kept on creating content that suited the evolving music industry. For instance, his participation in Coke Studio gave sustenance not only to his popularity but also inspired a number of younger folk singers who adopted his style and are thriving.

Abdul Sattar Edhi was a game-changer in philanthropy. While his personal efforts in taking care of the burial and last rites of unknown/unclaimed/homeless dead bodies could not be replicated, his vision of establishing the largest network of Ambulances at an affordable cost will go a long way in assisting the poorest of poor reach hospitals, perhaps in time. A number of people from the sports and entertainment industry were inspired by his works and are now doing similar charitable work in different parts of the country.

In fact, we need game-changers in our society at every level. It is not only national leadership that can change the destiny of people. Rather, leaders are needed from every walk of life to form teams for projects or organisations, large or small, and think differently towards the accomplishment of desired objectives.

The benefit of developing leaders who can change the game not only serves one organisation, but the state as well. Game-changers are inherently decision-makers, who can take tough decisions, including calculated risks. Leaders of small organisations can grow and assist larger organisations, and thereby, contribute to the growth and furtherance of national development and progress. Perhaps, the only qualification required is sincerity of purpose, passion, vision, integrity, and courage.

Dr Zia Ul Haque Shamsi is the author of ‘Nuclear Deterrence and Conflict Management Between India and Pakistan’ and ‘South Asia Needs Hybrid Peace.’ He is presently working as Director (Peace and Conflict Studies) at the Centre for Aerospace & Security Studies (CASS), Islamabad, Pakistan. The article was first published in Daily Times. He can be contacted at: dir.pcs@casstt.com