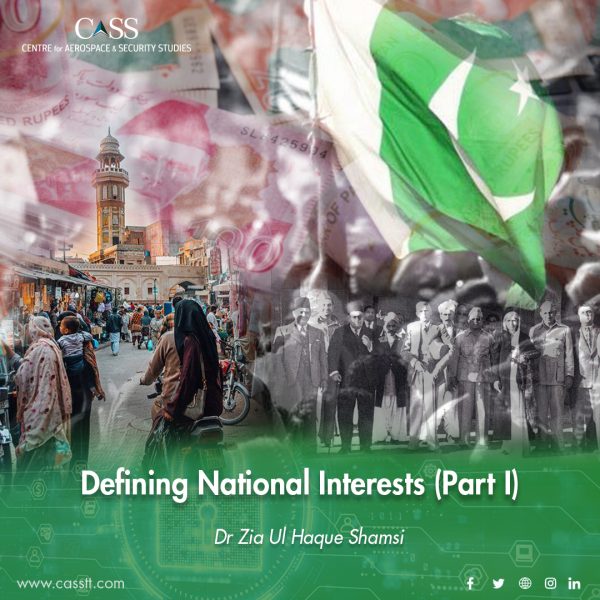 This year’s Independence Day celebrations were quite differently colourful than the previous years. However, I will deliberately avoid a discussion on the content and style, for obvious reasons.

While ‘national purpose’ is relatively permanent, it must not be out of sync with a nation’s potential. It must reflect people’s desires, beliefs, and values. Pakistan was created with a specific purpose: a separate homeland for Muslims of the subcontinent. Since the founding fathers had a specific purpose and gathered the people to accomplish that purpose, it could be realised in a record time of only seven years. Unfortunately, the leadership of the time could not live long enough to translate the national purpose and values into ‘national interests’ and hence, could not transfer it in essence to future generations.

While successive governments may have done their best for this, in their claims and assessments, the result has been lacklustre. Pakistan at 75, stands in the lower half of Human Development Indices, regularly issued by the United Nations. Except for the population and the strengths and capabilities of our Armed Forces, Pakistan does not figure in the top 10 on any positive scale, either in the region or at the global level.

The reason can easily be traced through the pages of historical developments of Pakistan under different regimes. Perhaps, the lack of direction due to undefined national interests would stand out among many other reasons. It should have been the solemn responsibility of each successive government in Pakistan to carefully craft national interests, and nurture a national purpose reflective of the nation’s core values so that the people had absorbed, adopted, and strived for the same.

The Constitution of Pakistan may have listed the fundamental rights of the people of Pakistan, but a common man on the street has been looking for specific aims and objectives that the nation needs to follow to achieve a decent status among the comity of nations. It pains me to write that Pakistan’s passport stands in the fourth position from the bottom.

Since I am neither a conspiracy theorist nor a pessimist, it is my belief that if the proper direction is given to this young nation, it can quickly recover from the gloom it is in at the moment. Pakistan is blessed with enormous natural resources, amazing topographical features, a friendly climate, and an extremely hard-working, enterprising, and young population. Therefore, it only needs clearly defined national interests which are carefully shaped in line with national purpose and values and are doable within the available means.

It is necessary to mention that different states and scholars have their definitions of these terminologies. I have concentrated more on the enabling environment and the creation of conditions in which national leadership can direct and people can perform to accomplish the defined national interests.

The most important areas that need clearly defined national interests may include security, economy, ideology, basic rights, and nation’s development.

Security interests would certainly fall in the domain of survival or vital national interests, and therefore, would begin with the defence of territorial integrity and the sovereignty of the state. However, this would largely depend on the existing geopolitical environment which could be different for each state. But, for Pakistan, this would perhaps remain at the top due to protracted conflicts with a nuclear neighbour, and the strategic relevance of its location.

The economic development of Pakistan must fall in the same category because without that the survival interest would be seriously affected and the accomplishment of human security would remain a far cry.

Adherence to core national values would have to be given due priority to ensure national integration in a multi-ethnic society. The well-being of the citizenry must remain at the top so that people remain committed to the defined national interests.

So much for the survival interests. Part II of this article will define the other categories of national interests.

Dr Zia Ul Haque Shamsi is the author of ‘Nuclear Deterrence and Conflict Management between India and Pakistan’ and ‘South Asia Needs Hybrid Peace.’ He is presently working as Director (Peace and Conflict Studies) at the Centre for Aerospace & Security Studies (CASS), Islamabad, Pakistan. The article was first published in Daily Times. He can be contacted at: cass.thinkers@gmail.com

The Internet of Military Things (IoMT) is a class of heterogeneously connected devices employed for future warfare. It has wide applications in advanced combat operations and
108 views