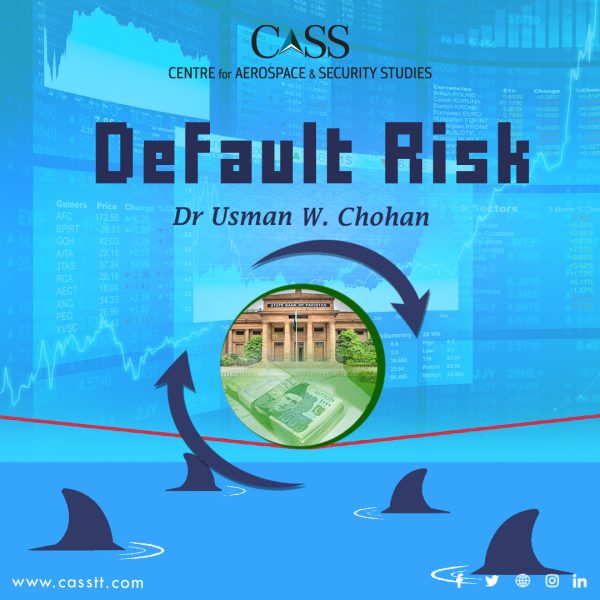 The fear of a supposed “default” in Pakistan has been making waves over the past few months, with both local and international press raising extensive caution and alarm. Given the local political instability and tough global macroeconomic environment there has been a jittery air around the subject. Yet a few days ago, Pakistan paid $1 billion on a maturing Sukuk (shariah-compliant) bond, which calmed nerves and lowered the sense of fear that was being created. But the truth is that this has been largely overblown to begin with, and it is important to understand the basis of the “default” claim to begin with.

The notion of default in the context of a sovereign issuer draws from an instrument known as a credit default swap (CDS), and the claim of a “default” is but an inference, a probabilistic guess, based on a calculation derived from the CDS. A CDS is an instrument that serves as a kind of insurance, and whenever a major international investor purchases a bond or similar asset, she can purchase a corresponding CDS to insure against the risk of that bond’s default.  The price of this insurance changes in the market: whenever an issuer’s underlying condition becomes more volatile or more precarious, the price of buying its insurance becomes more expensive. Conversely, whenever the issuer’s condition improves, the cost of insuring against their debt becomes cheaper.

This is the fundamental mechanism of the CDS, which can be bought for most fixed-income instruments, whether issued by a government or corporation. However, some CDS is more frequently-traded than others, and Pakistan’s sovereign CDS is not very liquid, since the volume of its issuances is neither particularly large nor very frequently traded.

As such, a CDS is suggestive of what the market as a whole might be thinking. There is a calculation by which default probability can be inferred, nothing more. Whereas the implied default risk was a mere 5% for Pakistan’s sovereign issues in 2021, it spiked to 70% probability and then to 123% in the recent past, and has now begun to recede since the army change of guard and the repayment of the Sukuk.

To some extent, it isn’t surprising that the CDS’s implied risk would rise in 2022 compared with 2021. After all, in August 2021, Pakistan had record foreign reserves (>$27 billion) and its recovery path from Covid-19 was solid. For many, it seemed as if Pakistan was taking a clear direction in terms of translating its economic potential and resilience into meaningful growth.

In 2022, however, the country was deluged by a host of internal and external problems. On the internal front, there was both the wrath of nature in climate-induced flood damage, as well as the regime disruption and political instability that has since caused immense damage to both individuals and institutions. On the external front, there were several forces majeures including the Russo-Ukrainian war, spiking global inflation, commodity & energy crises, and global supply chain issues, which collectively weighed down on Pakistan and on other developing countries as well.

These factors elevated the risk that was being priced into the credit default swaps. The worsening conditions forced the country to reach out to the IMF and other lenders for financial assistance, given that its foreign reserves faced precipitous declines relative to the year prior. Therefore, it would be sensible to expect some increase in default risk relative to last year, but that does not mean that the ballooning insurance risk was (or ever could be) an accurate reflection of the conditions on the ground. In fact, default is neither a foregone conclusion nor a certain outcome by any means.

One might surmise that the CDS for Pakistan is flawed for three reasons. First, sentiment plays a key role in international markets, and the current global sentiment is generally poor, which makes investors more risk-averse and careful in purchasing CDS as insurance. Recent examples of economic turmoil in countries such as Lebanon and Sri Lanka have scarred sentiment, and most serious indications point to a looming global recession in 2023. In addition, rising US interest rates also mean that money is moving out of emerging market bonds, leading them to fall, and for investors to shun this asset class and demand higher insurance in general.

Second, credit default swaps have something of a poor track record in reflecting true risk. It should be recalled that the 2008-09 financial crisis was triggered by the inadequate reflection of risk in CDS for mortgage-backed securities (MBS).  The MBS were packages of both high-quality and low-quality mortgages, so the CDS was not able to capture the true risk of each underlying. Eventually, all MBS were treated as garbage securities, and the reverberations of the failure of CDS were felt around the world in the form of system-wide financial dysfunction.

Third, the CDS for Pakistan’s sovereign issuance is not very liquid, because of the size of its emissions and the frequency of their trading relative to other countries and corporations. An illiquid market is often highly susceptible to inaccurate price signals, and one cannot therefore get an informed picture of the real risk in the market’s view.

With these factors in mind, one should always take pronouncements of a coming “default” with a grain of salt, especially that are premised on somewhat flimsy grounds. But this isn’t to say that such an event might not occur, only that its occurrence might be oversold. The best way to allay such fears is, of course, to usher in a strong economic base to begin with. When economies are strong, even rumors of such nature are quickly dispelled.

Dr. Usman W. Chohan is the Director for Economic Affairs and National Development at the Centre for Aerospace & Security Studies (CASS), Islamabad, Pakistan.  He can be reached at dir.econ@casstt.com.