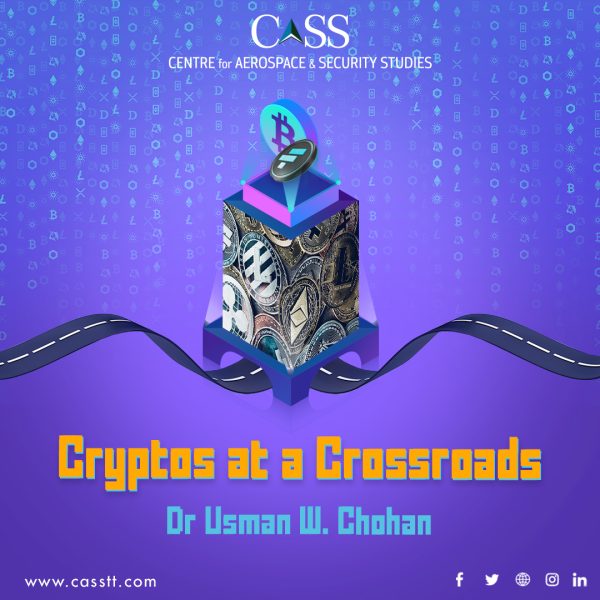 I have been writing about cryptocurrencies for more than a half-decade now, whether in peer-review articles, book chapters, or in my own books, and in that time, the crux of my interest has lain in the (1) the regulation and oversight, (2) the philosophy, and (3) social consequences of  cryptocurrencies. My incessant caution has been on the mismatch between the promise and the reality, and the dire consequences that ordinary folks, the small-time retail investors, face when the mismatch grows too large.

The promise of the original cryptocurrency was steeped in the philosophy of anarchism, specifically cryptoanarchism, which seeks to liberate the individual from the shackles of state power to operate freely in the digital realm. Given the sheer inequality, mismanagement, and corruption of the global economy, there is a very strong yearning for a different system, one based on freedom and justice towards a common prosperity. Steeped in an anarchist worldview (“without masters”), cryptocurrencies offered an alternate path based on decentralization, trustlessness (no need to know or trust), and immutability (forever retained), that many around the world embraced feverishly.

Yet the problem that cryptoanarchism has faced is the same one that anarchism more broadly has faced: it demands the impossible, which is to say, it asks for people to work independently but with compassion towards one another’s mutual aid. Wherever anarchism has flourished, there have been forces that have strived to corrupt it, not least the tyrannical state itself. Moreover, those getting into cryptocurrencies have generally not been of an anarchist persuasion. Rather, their mindset has been entirely capitalist; and the worst, get-rich-quick kind. The youth sees cryptocurrencies as the easy ticket out of a mundane life, and the quickest path to driving the Lamborghinis peddled by the influencer false prophets of TikTok and YouTube.

Playing upon this greed, and seeking to operate outside of the realm of standard financial regulation, cryptocurrencies have been bombarded with deviant scams and frauds at every turn. The problem lies not in the technology of cryptocurrency, which is uniquely structured, but in the interface between this anarchist technology and the capitalist bazaar of cryptoexchanges. Cryptoexchanges are the places where cryptocurrencies can be stored or sold. They are ruthless bazaars without ethical qualms, and they operate in a parallel world outside the realms of traditional finance. As I had warned on many occasions in my writings, these exchanges are where the worst fallout would be.

Sadly, this foreboding came true in November 2022, when one of the largest exchanges in the world, FTX, lost $32 billion dollars of customer and investor money through fraud and deceit, by toying with the deposits of customers for its own trading agenda. Its founder, Sam Bankman-Fried, has been a false prophet who had touted notions such as “effective altruism” and other hogwash to the masses through mindless influencers, and ought mansions and other properties, while donating to Biden’s campaign as the one of the largest contributors.

Bankman-Fried built an empire of smoke and mirrors, and built an edifice upon the letter of cryptocurrencies, but without embodying any of its spirit. The cryptoexchange he ran (in a rather clumsy manner) became a Wild West bazaar whose now shattered pieces are being looked at with hostility by customers, regulators, investors, and prosecutors. In the process, cryptocurrencies themselves have been dealt a harsh blow in tarnished reputations. The victims of fraud are now harping on about regulations, even though these were the same people who invested in a space outside of traditional regulation. It is very easy to abuse and disparage the regulators when times are good, but when times are bad, it is the same regulators who are beseeched for mercy and intervention.

Therefore, cryptocurrency today stands at a crossroads. As capitalism itself is being roiled by the post-pandemic crisis, cryptocurrencies too must face a certain music, and the paths forward will depend on how societies and their authorities. The strongest dismissal has been that by China, which has rejected cryptocurrencies and is instead building its own system of the Digital Yuan, under the purview of its own institutions. Other countries are beginning their own reassessment of digital currencies in light of Bankman-Fried’s disastrous fraud, and the general regulatory line will be much more stringent.

Yet the original promise of cryptocurrencies, like anarchism itself, looms large in the financial-ideological ether, despite the capitalist usurpation of its ambitions. It is not as if mainstream capitalism is doing particularly well, with the Federal Reserve thoroughly mismanaging the post-pandemic recovery, not to mention the constant money laundering and corruption of large Western banks and non-bank financial institutions. But to realize the promise of a better financial system, one must not simply smash the existing idols; one must also demolish the false prophets who erect new idols in their stead.

Dr. Usman W. Chohan is the Director for Economic Affairs and National Development at the Centre for Aerospace and Security Studies (CASS), Islamabad, Pakistan. He can be reached at dir.econ@casstt.com.

According to a study, the average human being spends around 90,000 hours of life at work. Hence, it is important to understand how the work
184 views