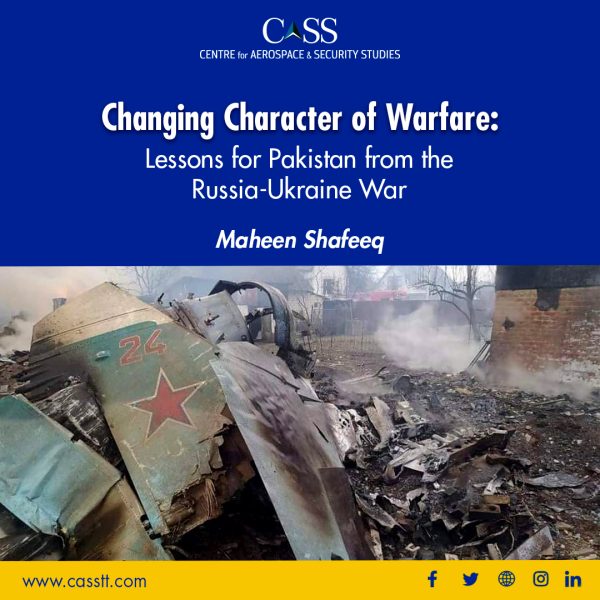 Since the Russia-Ukraine war began, analysts around the world have been scrutinising the characteristics of the war as well as its tactical, operational and strategic aspects. They have debated how this war has changed the character of emergent and future warfare, and how it was unlike the one predicted by many warfare experts. From their arguments, it seemed that this war has shifted the character of warfare. However, this shift might not be as applicable to other conflicts around the world (more specifically to South Asia) due to varied geopolitical interests. A comparison of the Russia-Ukraine war with the India-Pakistan conflict scenarios is in order.

Before the Russia-Ukraine war began,  US intelligence anticipated that Moscow would quickly scramble the Russian Air Force and deliver a rapid deadly air assault. However, as the events of the war unfolded, dependence on Russian Air Force was noticeably less. Rather, the use of ground troops and tanks was witnessed. On the other hand, during the February 2019 India-Pakistan engagement, dependence on air power was observed. Similarly for any future warfare scenario, air superiority is likely to be  a more significant predictor due to which the two countries have been modernising their air forces, and upgraded their fighter fleet (Rafael by the Indian Air Force and J-10Cs by the Pakistan Air Force).

Wars of the future are predicted to be quick, precise, and highly destructive. However, the Russia-Ukraine war has put this prediction into question. The world is witnessing a ‘long-haul’ war. The war commenced in February 2022 and prospects of its termination do not seem evident. According to US intelligence, Russia could prolong this conflict. Nevertheless, the long-haul character of war might not pertain to Pakistan and India. In the context of any war between the two sides, the Indian Chief of Air Staff recently claimed that it would be a ‘short, intense conflict in a window of one week only’.

Back in 2013, it was predicted that cyber warfare would drastically expand. In light of this, it was also expected that Russia would employ cyber warfare to hack Ukrainian electric grids and information networks. However, so far ‘catastrophic’ employment of cyber warfare has not been witnessed. On the other hand, in any Indo-Pak war scenario, cyber war is expected to play a prominent role. Militaries on both sides of the border are strengthening their cyber infrastructures, training, and capabilities. India established a tri-service Defence Cyber Agency (DCA) in 2018 responsible for surveillance, laying honeytraps, hacking into networks, breaking into encrypted communication channels and recovering deleted data. Similarly, Pakistan’s military has also developed state-of-art cyber cells and has prepared its forces for offensive and defensive cyber operations.

Russia claimed that it launched Kinzhal (Dagger) hypersonic missile to carry out attacks in Ukraine. India, with Russian collaboration, has built its own version of hypersonic cruise missile BrahMos which it has been testing on its air-launched platform Su-30MKI. The missile has an extended range of 350 kilometres and speed up to Mach 3.  After the recent so-called  accidental launch of BrahMos, its use to attack inside Pakistan cannot be ruled out. The launch indicated that use of hypersonic missiles during a possible Indo-Pak war could be a possibility. However, military strategists do not consider this an effective option due to close proximity of the two countries. Rather short and medium-range cruise missiles, precision-guided bombs and beyond-visual-range missiles (BVR) could serve the purpose. This dependence on precision-guided bombs was also witnessed in IAF’s Balakot airstrike and PAF’s Operation Swift Retort.

The Ukrainian military relied on Turkish made Bayraktar TB2 drones to target Russian convoys. However, use of drones by the Russian forces has remained limited. Drones have remained at the forefront of emergent warfare and would continue to occupy the same priority in the future. This could be due to their small size and fraction of deployment cost as compared to aircrafts. Pakistan’s defence forces have manufactured indigenous drones and have vast experience in using them in counterterrorism operations against militants. Similarly, India  procured operational and tactical level drones from Israel but after its stand-off with China in Ladakh, it also acquired and inducted strategic and operational level combat drones from United States.

Russia, despite sophisticated military equipment, has depended on use of old tactics and operations in Ukraine. However, given the recent military investment and modernisation in South Asia as well as the nuclear equation, an Indo-Pak confrontation is likely to be rather different – swift, tech-savvy and more reliant on airpower. The Russia-Ukraine war witnessed extensive large-scale ground operations. Therefore, in order to safeguard its territorial integrity and sovereignty, Pakistan would need to ensure a viable aerial offensive and defensive network. Owing to the changing character of war, airpower would be the most critical tool in modern warfare.

Maheen Shafeeq is a researcher at the Centre for Aerospace & Security Studies (CASS), Islamabad, Pakistan. She holds a master’s degree in International Relations from the University of Sheffield, UK. She can be reached at cass.thinkers@gmail.com