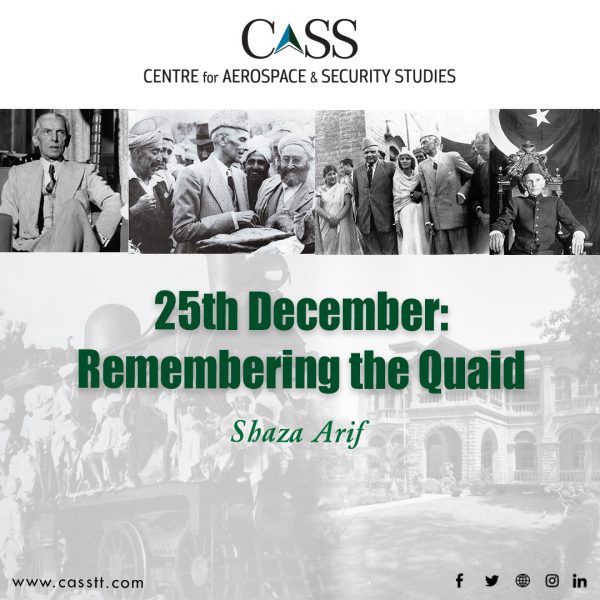 Muhammad Ali Jinnah is amongst the most renowned personalities of the 20th Century. His impact on South Asia transformed the region for generations to come. He was gifted with an incorruptible character, precision of intellect, political wisdom and a charming personality. Several factors distinguished Quaid-i-Azam from his contemporaries in his personal and political life, both of which were equally interesting.

His sense of style made him one of the most well-dressed people of his time and a fashion icon even years after. According to Stanley Wolpert, Jinnah owned nearly 200 suits which he wore with heavily starched shirts, without repeating his tie. Recalled by a British general’s wife, ‘He (Mr Jinnah) has a great personality. He talks the most beautiful English. He models his clothes and his manners on Du Maurier, the actor, and his English on Burke’s speeches. I have always wanted to meet him and now I had my wish.’ At a time when India was under colonial rule, his lifestyle was similar to that of well-endowed English aristocrats with expensive taste in cars and mansions.

Despite being one of the highest-earning lawyers in India, his mission was much larger, as evident in his political journey. Jinnah rose to become the Quaid-i-Azam of Pakistan. His political struggle was based along the constitutional and democratic lines, eschewing the populist approach adopted by the Congress leaders. The journey was a difficult one, marred with opposition and obstacles. However, testing times were skillfully managed by him, proving his leadership style.

Jinnah’s political career witnessed a meteoric rise upon his return from England after he became the first Muslim barrister in Bombay. He had faith in the Indian National Congress and echoed the theme of national unity. He was inclined towards the joint struggle of Congress and Muslim League via constitutional means. Be it his efforts towards the contemporaneous meetings of Congress and the Muslim League, convincing the Congress President to accept the Lucknow Pact, or his advocacy for the formulation of a special committee to have a single platform for reforms in India with other political organisations in United India, he was rightly termed as the ‘Ambassador of the Hindu-Muslim Unity.’ However, when the signs of non-cooperation by Congress and their agenda with religious undertones became evident, Jinnah realised that the latter had no intention to safeguard the minorities of India and was merely an instrument to create a Hindu-majoritarian state. He knew it was wiser to part ways with the Party and shift from Indian nationalism to Muslim separatism.

The shift in his approach led to greater challenges. He had to fight at three fronts, i.e., the British, Congress, and the Muslim segments, who were against his views. Ironically, numerous leading Muslim scholars were unwilling to accept the formation of an independent Pakistan. Jinnah was tagged with derogatory labels and encountered an assassination attempt in 1943. However, nothing could dissuade him from his mission.

He organised the Muslim League, which was marred with internal divisions, and campaigned to gather prominent Muslim leaders under the umbrella of the Muslim League. He also transformed the Muslim League into a party for the masses. Its membership increased from a few thousand to half a million by March 1940. Interestingly, despite his preference of modernity over tradition, he gained support in Muslim society. It is pertinent to mention that Jinnah brought out Muslim women from seclusion. He presented a new face of Muslim women before the world by keeping his sister, Fatima Jinnah, always by his side. Formation of the Muslim women’s section of the Muslim League in 1938 triggered their political activism, and women played a significant role in the Pakistan movement by demonstrating on the streets of the Indian subcontinent.

His struggle bore fruit when Pakistan emerged on the world map on 14 August 1947. If the current day situation of Indian Muslims is observed, one remains in awe of the foresightedness of Quaid-i-Azam and the accuracy with which he predicted the future of the region.

More than seven decades have passed since Quaid’s demise. Looking back at his struggle and journey, one can only lament the unfortunate reality that Pakistan has not been able to find leadership even close to that of Jinnah. The absence of such leadership has failed to unite the nation and provide direction to move forward collectively. Every year, his birth anniversary is celebrated to pay tribute to the ‘Father of the Nation’ which coincides with the arrival of the New Year. This time, it is coming at a time when Pakistan is facing numerous unprecedented political, economic, and social challenges. It remains for us to look back at the vision laid down by our great Quaid and learn lessons to address the challenges confronted by our beloved homeland.

The writer is a Research Assistant at the Centre for Aerospace & Security Studies (CASS), Islamabad, Pakistan. She can be reached at: cass.thinkers@casstt.com