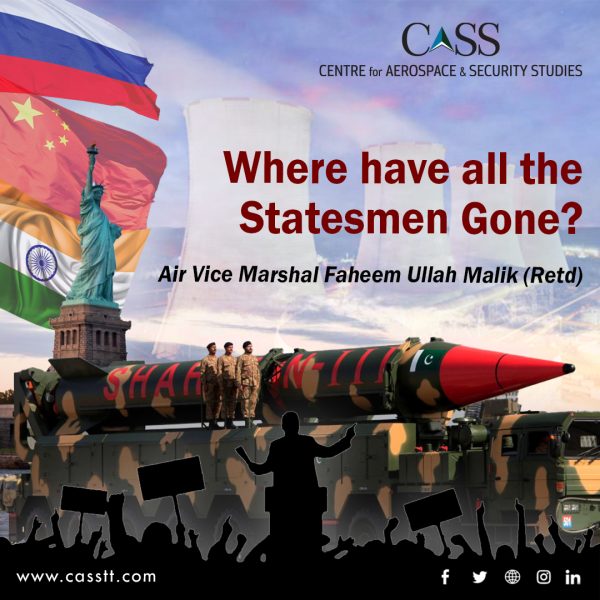 Despite all the known and unknown ills of democracy, the United Kingdom (UK) and the United States of America (US) have remained the two classical beacons of enviable traditions of democratic values, practices and products.  Nonetheless, since quite some time, both specimens have started to reveal the consequences of a weak democratic architect, especially if the power of majority good get corrupted through mal-intended flow of engineered information.  May the governance scheme be of parliamentary nature or of presidential form, the entire edifice of the democratic system; the selection of the best (available) representatives by informed constituents, implodes causing irreparable system fractures; if the fundamentals of democratic traditions are compromised.

While the cracks in UK democratic construct have somehow been alleviating through invisible royal interventions and support, the same redemption has not been available to the US system and its President(s).  An overall decay in democratic traditions and societal values in the US started to become visible since the US became the sole great power on the global stage.  It can be safely implicated that demise of a challenging power triggered a decline in the standards of US democratic norms and quality; and ushered a rise of unilateralism, arrogance and abuse of power.  The culmination of 20th and beginning of 21st Century saw the rise of such democratic leadership that shamed the likes of Hitler, Mussolini, Stalin, Pol Pot etc. in pursuit of their ugly and atrocious desires.  In absence of a matching contestant, world’s leading democracy played havoc in the name of ‘New World Order’, butchering millions of innocent humans in the guise of ‘bringing democracy’ to the presumed oppressed; but with ultimate objectives to settle personal vendettas, commandeer others’ resources and secure own corporate empires.

This vulgar display of arrogance, ludicrousness and contradictions is touching its global zenith within contemporary decade.  The rise of brazen (racist) nationalist tendencies across six continents has deeply afflicted humanity, with little hope for revision towards truth, justice, equality or humanity.  The law of the jungle, ‘might is right’ has been established by the powerful as the order of the new world.  Application of selective justice and humanistic outcries as in cases of Indian atrocities against Kashmiri freedom struggle vis-à-vis Uighur Muslims’ plight and many other similar selective indulgences clearly manifest the West’s respect for human rights or their concerns for human sufferings.  Their ongoing discriminating and fastidious approach in sharing knowledge and technology; and granting unprecedented, illegitimate and unjustified amnesty to the domesticated and obedient few, like India, has not only unbalanced global geopolitics but also introduced an unparalleled volatility and instability in international order.

As a consequence of intensifying US phobia towards prospective multipolarity, the decade old US courtship with India has been on a unilateral upward trajectory.  Persistent US endeavours to appease and gratify India in order to make it stand against rising China and/or to relinquish her historic relationship with revisionist Russia have borne no fruit.  In furtherance of such pleasing enterprises, the US has been neglecting the most fundamental principle of leadership: impartiality-based justice.  While, in her attempted exertions to win-over India, the US created India-specific exclusion clauses, designed India-oriented statutory exemption regimes and supplied innumerable tech-war gizmos to New Delhi; it also started help in creating an anti-Pakistan cloud to satiate Indian desire of Pakistan bashing.  In pursuance of the latter, the US compromised its natural and historic capacity and sense of balance and righteousness.  It neglected its fundamental responsibility of being fair and responsible.  Whether it is treatment towards cross-border terrorism (claimed by both sides), response to nuclear programmes, denunciation of territorial violations, or maltreatment of minorities, the US is transforming into a committed defender of Indian excesses in all her domestic, regional and international violations.  Unfortunately, the US ‘proverbially’ appears to be ‘in Indian pocket’.

The most recent episode, where the ‘senior’ US President Mr Biden has jabbed at Pakistan’s ‘nuclear weapons and the country (being) without any cohesion’, itself appears to be awfully incohesive.  While it is an outright reality that whatever a US President utters, becomes a policy guideline, but in this case, if one seriously scrolls through the entire text of presidential address, one does not fail to notice the awkward repetitions, fragmented references and shockingly disconnected thoughts.  While Mr Biden has had his share of elderly falls and illnesses, it appears that over-work or excessive burden of responsibilities, like reinvigorating the lost image of the US within her allies, resuscitating the receding economy, reviving the US global leadership image and re-commitment to Sino-US and US-Russia contestation scenarios has genuinely taken a toll on his judgement, cohesion and health.  It, therefore, shall be an act of sincerity, loyalty and devotion to the state, the democracy and the entire nation that all statements and declarations from the high office be issued after due deliberations and consultations on factuality and appropriateness.  It is time that the US regains her lost leadership in morality, values and fairness in global order.  While ‘speak softly and carry big stick’ can be an erstwhile promising strategy but speaking from moral high ground with legal correctness carries its own weight in an eternal international arena.

Air Vice Marshal Faheem Ullah Malik (Retd) is a Director at the Centre for Aerospace & Security Studies (CASS), Islamabad, Pakistan dealing with Warfare & Aerospace. He can be reached at dir.warfare@casstt.com.