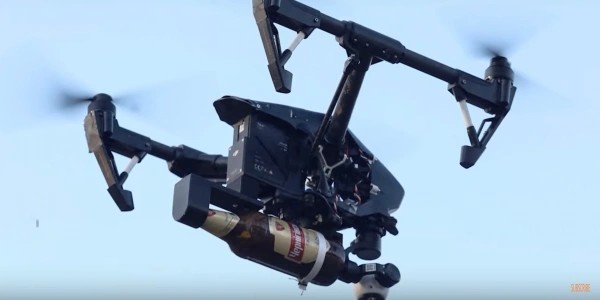 Unmanned Aerial Vehicles (UAVs) have become an integral part of warfare. They have exhibited evolving roles in tactical and strategic domains in warfare and are allegedly significant for reducing asymmetries in military power. Being a weaker military, Ukraine has also resorted to this technology to reap maximum benefits vis-à-vis its conflict with Russia. Drones, of varying sizes and different functions, have been employed extensively. However, the use of commercial drones stands out as an interesting case since the employment has been extensive and unprecedented.

It has been reported that approximately 6000 drones are being used by Ukraine for Intelligence, Surveillance and Reconnaissance (ISR) – a large chunk of which comprise commercial drones. Being sources of important data, these drones function as valuable assets in the ongoing conflict. The information provided by commercial drones can strengthen the Ukrainian military in several ways. First, these drones allow the Ukrainian Army to monitor their adversary more closely. They have the capability to collect and relay critical data regarding troop movements and positioning. This facilitates the Ukrainian forces to assess the threat, re-target weapons and take necessary actions to stop enemy advances. Furthermore, Ukraine also has armed commercial drones. These have been utilised to carry Molotov cocktails – an incendiary weapon consisting of a glass bottle filled with flammable material -against advancing Russian troops. This is an interesting dynamic because even though low-flying commercial drones cannot compete with advanced Russian aircraft, the same aircraft cannot stop the former from conducting an armed attack on ground, adding to the complexity of the battlefield.

In addition to its on-ground use, commercial drones are also documenting the ongoing conflict. Faine Greenwood, a civilian drone researcher, has tracked and logged approximately 350 incidents in which commercial drones have been used in Ukraine with their video images being shared on various social media platforms. The drone photography and videography can be uploaded using Starlink satellite systems. Such footage has also created awareness about the day-to-day progress of the conflict. Shots capturing the plight of the besieged citizens, battle scenes and the scale of destruction after combat, are providing insights to the rest of the world and can lead to increased economic, military, and diplomatic support for the Ukrainians. In addition, the footage is also playing a role in boosting the morale of the nation. The events demonstrating Ukrainian victories and resistance of a smaller country against a larger military captured through UAVs rejuvenates the fighting spirit of the nation and its armed forces.

The importance of commercial UAVs in the ongoing conflict can be analysed from the fact that Ukraine’s military called on citizens to volunteer as drone pilots in the war. Even if they were not trained as pilots, they were encouraged to donate their personal drones. The official Facebook post read: ‘Do you have a drone? Put it to use for the experienced pilots! Do you know how to operate a drone? Join the joint patrolling with units 112 separate brigades of the city of Kyiv! Kyiv is our home, defending it is a common task. #StopRussia You and your drone need Kyiv in this fierce moment!’ The call triggered civilians to participate in the larger reconnaissance activity.

To be fair, using commercial drones in military conflicts comes with challenges as well. One of the prime issue is the integration of commercial drones in the airspace management particularly in dense conflict zones. Secondly, it has been observed that the drone operator remains in danger. Ukraine has been using a large number of Chinese drones by DJI AeroScope. It claims that Russia also maintains the Chinese technology to detect them during take-off or landing, revealing the position of its operators and making them vulnerable to attack. This has forced drone operators to resort to newer strategies, such as using American-origin drones, landing their drones at a distant place, and waiting some while to retrieve them after they land. Given that civilians and journalists also operate drones in the area, it can put their lives at risk as well. Similarly, the ease of accessibility of this technology also makes it a threat vis-à-vis non-state actors who can acquire and use it for their notorious activities. However, these risks might not outweigh the potential benefits when it comes to an active asymmetrical battle.

The use of commercial drones in the ongoing conflict is indicative of the innovative roles of UAVs in warfare. Although, there will be potential challenges in the integration of this technology in the larger scheme of the battlefield, it is evident that commercial drones will have unique roles in future conflict and their utility is likely to increase. They offer significant military capability at a lower economic cost. On the one hand, they extend a military’s range of action, while on the other hand, they are assets to create and shape respective narratives. It is imperative for countries around the world to familiarise themselves with the use of this technology, failing to do so can lead to discrediting its potential.