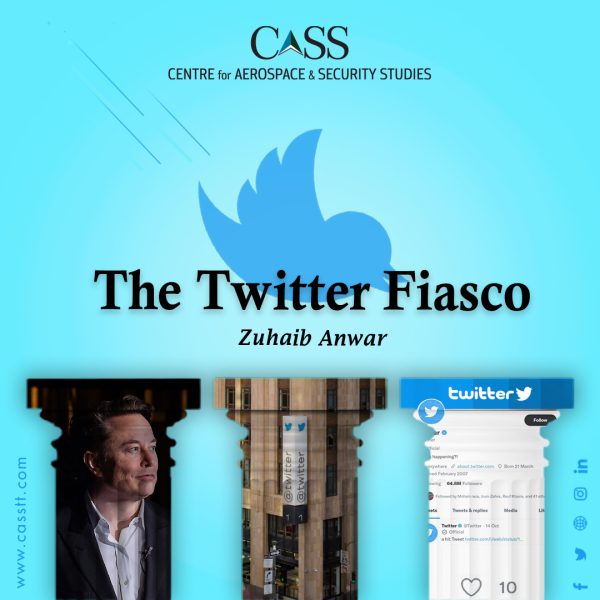 Twitter as a social media app has had its importance established for a long time, especially amongst the ‘informed’ and ‘tech-savvy’ audience. Started initially as a real-time information and news sharing micro-blogging platform, Twitter became a driver of social change in no time. Although it offered most off the basic features that other socialising platforms were offering, e.g., communicating with friends and sharing entertainment, music, sports etc.; but it was its power as an advocacy and community organisation tool that made it unique. Twitter activism left its mark as a driver of change in a multitude of social issues worldwide, ranging from individual problems to global politics.  Whether it was #BringBackOurGirls campaign helping Chibok girls of Nigeria or the alleged role that Twitter played in 2016 US Presidential election, all highlight its importance and influence in today’s globalised world.

Elon Musk’s takeover of the platform has brought many fundamental changes to the company; which in view of most experts, have proved to be more chaotic than constructive. Be it the massive layoffs of the workers or the blue tick controversy; the platform is witnessing a downfall. While most of the steps taken by Musk were aimed at getting the platform to generate optimum revenue, it has opened up a plethora of new problems related to political rights, human rights and freedom of speech etc. which appears to be most concerning in the long run.

Twitter worldwide was acting as an apparatus to influence social and political discourse with its 400 million people user base that also included renowned international personalities, politicians, activists, academicians, celebrities etc. Earlier, Twitter as a company was highly attentive to the need for content moderation realising the platform’s impact on the public. Nevertheless, Musk, upon his arrival, eliminated the entire human rights team of the company along with others like AI ethics and curation, citing its negative impacts on engagement and hence, ad revenue.  The act led serious apprehensions about the platform’s future digital role and the harm it would bring to the public space. Concerns were also highlighted in Geneva by the United Nations High Commissioner for Human Rights, Volker Türk, urging Musk to keep human rights central to his management. As Elon Musk is an ardent protagonist of free speech and boasted about making Twitter a free speech platform by ‘freeing the bird’, extremist users seem to have become emboldened to spread hate speech leading to online harassment, besides dis/misinformation. Different studies conducted by social media academics found that within hours following Musk’s takeover of the platform, the usage of the term ‘hate’ increased enormously – 4,778 times in just 12 hours to be precise. Earlier, the stats showed it to be around 84 times per hour.

Experts fear that Musk’s takeover of the platform is going to turn Twitter into a cesspool of negative information, with more chaos engulfing the platform than there already was. Repeated engagements of Elon Musk with high-profile right-wing figures to loosen restrictions on content, made headlines. Nevertheless, there was a positive aspect to this as well. During his discussions with civil society leaders on ‘how Twitter will continue to combat hate & harassment,’ it appeared that Mr Musk was taking a U-Turn.

With his fundamentalist approach, Musk has the ability to transform the platform positively in terms of content moderation. With his bold sci-fi approach to life that revolutionised the automobile and space industry, Twitter may have a similar future as well in terms of moderation and policing.

As the shock of Musk-Twitter fiasco impacted the world, it has had an impact on Pakistan’s Twitter space as well. For Pakistan, as a struggling democracy, the importance of Twitter is critical. The platform has extensively been used as a tool for narrative-building and campaigning in the country. With more than 3 million citizens as its users, the platform has been an effective source of information, manipulation and dialogue at the same time.  The medium is used by the country’s political elite to build followership in order to run their political and ideological campaigns and engage the wider audience. Due to this, Twitter has established its mark as a shaper of narratives, and politics remains the most talked about subject on the platform in the country.

On the other hand, Pakistani society has been suffering from religious, ethnic and linguistic divisions and many would argue that it has become further polarised because of the political rhetoric through Twitter. Given political sensitivities, divisive politics on the platform has aggravated the existing challenge of national integration. The newly unfolding fiasco at Twitter HQ, which portends weaker oversight and regulations, can make the space more toxic than it already is.

One hopes that Musk ‘disrupts’ this digital arena, i.e. Twitter, in a positive manner like he did in his other ventures. Nevertheless, if things go sideways, with Twitter turning into an unhealthy arena of hate speech, harassment and harmful information, then, authorities in Pakistan would need to play a role in developing a framework to regulate the domestic Twitter space to preserve national harmony, peace and state interests.

Zuhaib Anwar is a Research Assistant at the Centre for Aerospace & Security Studies (CASS), Islamabad, Pakistan. He can be reached at cass.thinkers@casstt.com