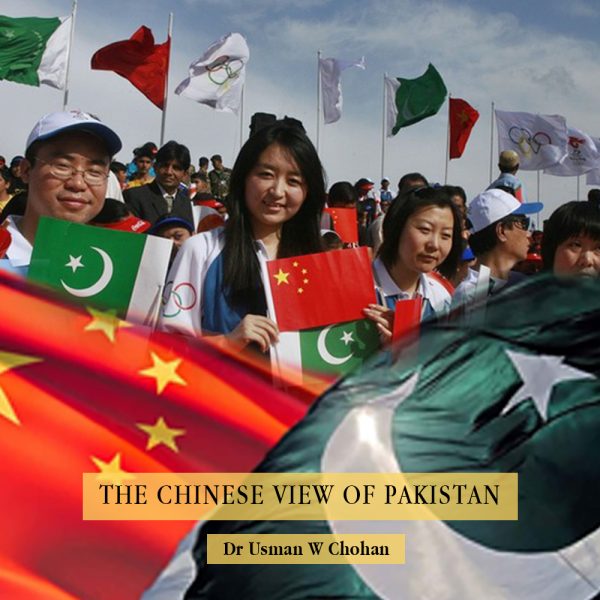 In the early phase of the China-Pakistan Economic Corridor (CPEC), there was widespread positivity among the Chinese and the Pakistanis about the fuller culmination of an already long-standing and all-weather friendship. This cordiality help to spearhead considerable development that was mutually beneficial, bolstered by a warm unconditionally of spirit.

Having studied and lived in China during a period that coincided with the incipient phase of the One Belt One Road initiative, I could observe a marked receptivity and fraternal proximity towards Pakistan among the Chinese during that phase, even among ordinary citizens such as university students. This augured well for what would come to be one of the strongest bilateral ties in this part of the world.

Yet as the economic prominence of China has grown, the United States (both under the Trump and Biden administrations) has opted for a decoupling process which also involves a smear campaign against China. Along with its rag-tag allies such as Australia and India (two minions in the “Quad”), the US has invested enormous sums in carving a distortionary narrative to malign China around the world, particularly in the eyes of its allies.

At the core of this narrative was that China would essentially behave as Europeans and Americans did (and still do): pillaging the earth and bleeding the third world dry through wretched colonialism. They argued that China (no different from them) would exert tentacles of hegemony through debt traps and exploitation. Whether this narrative worked abroad or not, it was certainly forced down the mouth of the public in Quad countries.

But storytelling was not the only tool in the  anti-China arsenal. As part of a hybrid war strategy, Chinese experts were targeted in Pakistan in several incidents. These tragic events were traced by Pakistani authorities reportedly to India, which had every incentive to see two neighboring nations falter in their erstwhile fraternal endearment. If India could help promote the debt trap myth and also put Chinese residents in Pakistan in physical danger, it might at least forestall what it perceives as an imminent contest to its bloodlust for regional hegemony.

This would be especially true if ordinary Chinese began to wield negative public opinion about Pakistan (or vice versa). Given the onslaught of media coverage and actual incidents to back it, one might hypothesize that India’s strategy might have already begun to succeed. To test this hypothesis, of negative or declining public perceptions among Chinese towards Pakistan, some public polling data would be necessary.

Therefore, a recent study by the Central European Institute of Asian Studies (CEIAS), an independent and well-respected European think tank, offers a rich dataset of public opinion in China towards other countries. The mandate of their polling focuses largely on Chinese perceptions of Europe, the United States, and Russia, but their rigorous analysis also offers a timely glimpse into Chinese views of India and Pakistan. Their large sample size (n=3039) also lends credence to their findings, and the date constraints (March 9-23, 2022) speak to the recency of results.

According to the CEIAS study, Pakistan is the best perceived country among the Chinese public second only to Russia. A full 78% of Chinese are favorably disposed towards Pakistan, with 33% having a very positive view of Pakistan, tying it with Russia for this specific tier of very high favorability. The Russian jump is also somewhat recent since 78% of Chinese have improved their opinion of Russia over the last 3 years, which would make Pakistan the country with the longest-standing positivity in Chinese eyes. Pakistan is followed in favorability by countries such as Singapore (66%) and Germany (61%), whose scores are much lower.

In a mirroring act of who would perceive China positively abroad, Chinese respondents believe that Russia and Pakistan would have the highest positivity, with perhaps 77% of Pakistanis being favorably disposed and 40% in that having very positive views, which would be the highest of any country. This is very likely to be true, and recent polling data in Pakistan should be gathered to assess this.

Meanwhile, the US is viewed largely unfavorably by the Chinese public, with 70% of Chinese holding negative or very negative views about the country. They also tend to describe it as “hegemon,” “retarded,” and “bossy,” as recorded by CEAIS. 60% of Chinese have seen their views on America worsen over the past three years, and a majority of Chinese believe that their country should take a tougher foreign policy stance towards the United States.

Moving to Chinese views of India, one finds a scathing indictment of India as a polity, economy, military, and “culture.” Had the Indian hybrid war been successful thus far, Pakistan would appear somewhat negatively in Chinese eyes and India would appear somewhat favorably. As mentioned before, Chinese people continue to have extremely favorable views about Pakistan.

But Chinese views on India are almost damning in their scorn. Aside from the US, the most negatively viewed country is India, with a full 60% being negatively disposed, and 25% holding very negative views. 60% of Chinese believe that they and the Indians do not hold compatible or similar values. In something of a slap to the face, when Chinese were asked whether they would travel to a country if the pandemic hadn’t occurred, the country they responded that they would least like to visit was India (almost 70%). India was also the least likely country that they would go to study in.

Worse still for the Indians, a full 50% of Chinese thought that Indians are unfriendly people (the worst rank), their vaccines are untrustworthy (70%, worst), the Indians are economically weak (45%, worst rank),  militarily weak (40%, also worst), and they have the least attractive culture (50%, lowest rank). Indeed, India is by far the least attractive country overall  in China’s eyes.

So much for India’s hybrid war. Pakistan and China continue to enjoy all-weather cordial relations, both as governments and as people. Meanwhile, Indians are an almost despised nation in the eyes of the Chinese, and their tin-pot Quad with a minnow like Australia and a “retarded hegemon” (as some Chinese respondents put it) like the United States does not seem to be doing them any favors.

The excellent CEIAS dataset is not something for Pakistanis to gloat on. Rather, it should offer food for thought about how the relationship can be strengthened, particularly at the civil society level. Wider cultural and economic cooperation are necessary drivers, and ones in which any Pakistani can participate in good faith.

In particular, the role of the now tens of thousands of Pakistani students who attend Chinese universities will be crucial, as they are young ambassadors of Pakistan. Almost a decade ago, I too was a student at China’s leading university for a semester. Being near the top of my class, I left an early (positive) impression on a successful cohort of China’s vanguard. Quite a few of them have visited Pakistan since, and now it is up to future generations of Pakistanis to maintain what is now evidenced to be an unequivocally positive and lasting relationship.

Dr. Usman W. Chohan is the Director for Economic Affairs and National Development at the Centre for Aerospace and Security Studies (CASS). He can be reached at cass.thinkers@gmail.com.

The Internet of Military Things (IoMT) is a class of heterogeneously connected devices employed for future warfare. It has wide applications in advanced combat operations and
114 views