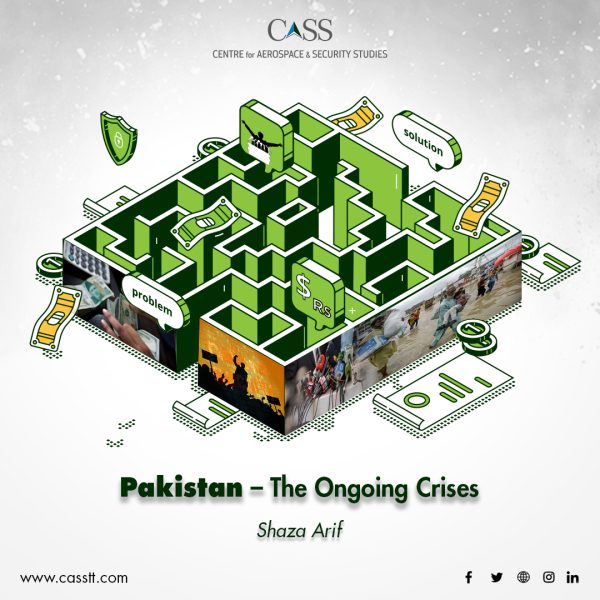 The recent events in Pakistan have been nothing short of a typical South Asian soap opera with complicated plots and convoluted turns, leaving the public in shock with the unfolding each successive scene. While one may enjoy the suspense on screen, which ultimately (often) concludes with a happy ending, the experience is certainly not entertaining when it is being played out in reality. How things have unfolded over the past week or so in the political drama of the country has left the nation startled and worried at the same time.

Pakistan is witnessing political upheaval that has resulted into replacement of a relatively stable performing government (as per the economic survey 2022) with a weaker and unstable setup through a Vote of No Confidence. Fast forwarding to August, the lingering political instability for the past four months is showing no signs of easing up, rather, it is getting more complicated. The opposing groups are in a constant tussle for power, with one side demanding immediate General Elections, whereas the other is showing firm commitment to complete its remaining term. Every passing day is marked with new developments continuously changing the political trajectory. As the battle continued in and for Islamabad, four months were spent in the mere appointment of the provincial government in Punjab, Pakistan’s largest province (by population).

It remains to be seen how the leadership steers its way out of this crisis, but the political situation is not the only source of concern. As the political temperature is rising, the economic indicators are declining. On the external front, the war in Europe has adversely impacted the whole world and Pakistan is no exception to this. Similarly, the value of US dollar has increased by 10% this year. The external events coupled with an unstable economy is a serious cause of concern for every citizen. Oil prices have spiked to 227.19 per litre, impacting the prices of nearly all commodities. Inflation reached 24.93%  in July. Currently standing at 228 against the US dollar in the interbank, the Pakistani rupee has lost 21.3 percent value against the US dollar since April. The IMF deal should have brought in some sort of stability, but the consistent political and economic uncertainty has led to a trust deficit of both internal and external investors.

Nearly all segments of society are following the political developments with great curiosity, embroiled in political discussions, and bombarding social media with political content, but the situation is not the same for everyone. The economic turmoil is mercilessly hitting the underprivileged class of the country, those who are less concerned with the corridors of power and are more worried about getting food on their plates. Managing food, commute, energy, and utilities’ costs will become increasingly challenging if these trends continue. If this segment is constantly pushed against the wall, it can lead to dangerous consequences.

One of the most concerning elements (which is not getting any traction in the media) is how this economic decline can lead to the discontinuation of education of students who may no longer be able to afford school fees, impacting the state in the long term. Similarly, if the situation does not improve, it could also lead to civil unrest on the streets (like was seen in Sri Lanka recently). Moreover, since Pakistan is entangled in its internal issues, this tense environment can be exploited by our enemies, particularly our arch-rival, constantly hunting for such opportunities.

The political landscape of Pakistan has seen several episodes of instability in the past. Likewise, history has also witnessed rough economic problems back in the day. However, the situation is clearly different this time. In fact, the emergence of a more educated generation, better informed about its rights, and less hesitant to challenge the status quo is what differentiates the present crisis from the past. Secondly, onset of the digital era is another overshadowing factor in the current times. Social media has now increased the level of awareness given the abundant ways to access information, something lacking in the past. Although it is relatively easier to control mainstream electronic and print media, the same cannot be said (or done) for social media. Today, social media is used by nearly every age group in Pakistan to express their viewpoints. It wouldn’t be wrong to infer that social media is gradually becoming more powerful than mainstream media. In fact, traditional politics is integrating into our lives at an unprecedented pace via social and digital media. Technology has narrowed the gap between citizens and decision makers.

One important aspect of this episode is that the common citizen has learned to stand up for itself, which is a positive development. Interestingly, as we witness the surging involvement and outpouring of emotions by the millennials, reactions of Gen Z are yet to be seen, and their expression will likely be much more intense.

As for what needs to be done, General Elections are being termed as an effective means to move forward. However, the question remains, will elections solve the ongoing economic crisis and polarisation? The fact is that till state governance is not improved, issues of such nature and intensity will continue to re-emerge and haunt the public frequently. The absence of effective governance will lead to increased reliance on narratives and counter-narratives which will only push genuine issues to the backseat temporarily without any sustainable solution.

One cannot emphasise enough how important it is to get the economic crisis under control. It requires urgent and serious attention and needs to be prioritized by the concerned stakeholders over petty politics and empty sloganeering. Over the years, Pakistan and its people have changed considerably. The manner in which this nation has been led in the past is no longer workable nor acceptable. Ideally, to nip this political turmoil, that would bring economic stability, it is high time that our politicians agree on a national code of conduct for themselves to avoid such mayhems in the future. Pakistan is gradually moving towards elections. If we can get hold of this political crisis via elections, which can ultimately relax some pressure on the economic front, there can be some ray of hope in these dark times.

Shaza Arif is a Researcher at the Centre for Aerospace & Security Studies (CASS), Islamabad, Pakistan. The article was first published in Pakistan Observer. She can be reached at cass.thinkers@gmail.com.