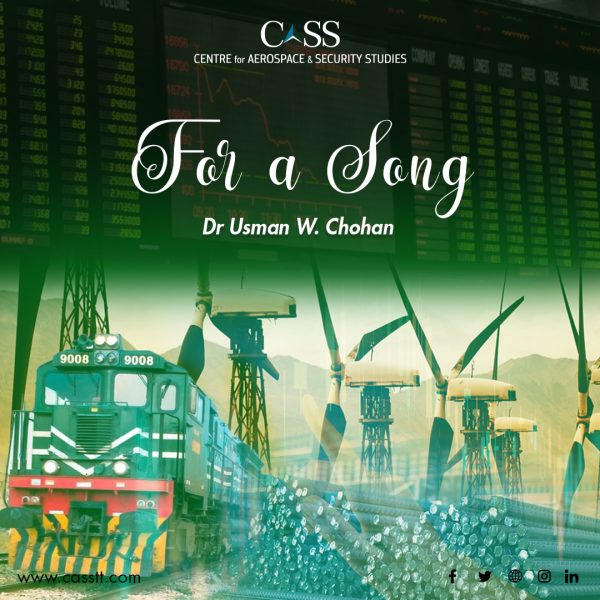 The government is mulling the sale of shares in prime state-owned companies to foreign owners, and the rationale being provided is that the country must take desperate measures to avoid an imminent default. That eventuality would have far graver consequences than the country is prepared for, particularly given the global uncertainty and fragility that has erupted and which may persist for some time. One only need look at the immense hardship that the people of Sri Lanka are undergoing, some argue, to witness a cautionary tale.

This is the backdrop in which the Inter-Governmental Commercial Transactions Ordinance 2022 has been put forward. It stipulates that there would be zero ex-ante and ex-post accountability in proceeding with commercial government-to-government (G2G) transactions, whether in the sale, purchase, investment, divestment, procurement, licensing, lease, joint ventures, assignments, concessions, services contracts, management contracts or other deals arising out of a G2G or commercial agreement.

There are at least six laws on the books which would be bypassed by this ordinance. These include the Companies Act, 2017, the Privatisation Commission Ordinance, 2000, the Public Procurement Regulatory Authority Ordinance, 2002, the Public-Private Partnership Authority Act, 2017, the Securities and Exchange Commission of Pakistan Act, 1997, and the Securities Act, 2015. This is an inordinate amount of somersaulting for any system, and the argument of the Finance Minister is that it takes more than a year (471 days is his figure) for regulatory and procedural hurdles to be overcome.

There is a sense of urgency given the country’s weak monetary position and massive recent devaluation, as well as the IMF’s delayed disbursement and conditionality of first procuring $4 billion from elsewhere before it gives a paltry $1.2 billion. Furthermore, the ordinance would let the government or its appointed bodies overrule federal-provincial dynamics and any ex-ante due diligence or scrutiny, in order to hand over shares in key national enterprises. The primary target buyer is the UAE, to whom $2-$2.5 billion in equity will be exchanged for dollars. While the sense of precipitated action is recognisable, there are three reasons why this ordinance should not proceed in its current form.

The first reason is that the amount earned for this equity will be too low, given the quality of assets in question, which are in the critical and sensitive energy sector. Energy is the lifeblood of any economy, and the capital held by Pakistan’s energy sector is enormous in both a strategic and economic sense. At present, the energy companies listed on the Pakistan Stock Exchange (PSX) are trading at too low a valuation, given the sentiment that has prevailed in both local and international markets. The book value of these enterprises is very high, and therefore a price/book (P/B) valuation would amount to far more than can be earned by looking simply at the depressed equity markets. The government would, therefore, be throwing away valuable equity for a song.

The second reason is that the UAE is playing a strategic game which is not in the best interest of Pakistan. Despite the fact that the UAE was literally built by Pakistani labour, in recent years the rulers of the emirates have been making diplomatic inroads that are fundamentally inimical to Pakistan’s interests. For example, it has recently joined the 2I+2U arrangement, which includes some of Pakistan’s dearest friends: India, Israel and the United States. It is essentially a UAE + anti-Pakistan arrangement. To hand over equity, and therefore, influence over the strategic energy sector to the UAE is a strategically dubious decision, given the company it has chosen to keep.

The third, and most important reason is that the letter and spirit of the ordinance is sorely lacking in terms of accountability and transparency. The ordinance is deleterious to ex-ante and ex-post accountability, barring the courts from entertaining petitions against the sale of assets and equity to foreign countries, and preventing investigation agencies from opening those deals in the future. This opens the door to monumental corruption, a charge that the previous government has consistently hurled against the current government, and one that looms large in public perception. The no-questions-asked approach is antithetical to budgetary transparency and participatory governance. It leads to the perception that the nation is being sold to foreigners, while citizens have no say in the matter. The legacy of this, in light of longstanding public distrust towards authority, will resonate for years to come.

For balance of argument, there are two longer-term advantages of selling equities as mulled in the ordinance. The first advantage is that the sale of equity is a much more sustainable fiscal approach than borrowing to the hilt. Pakistan’s debt burden is veering towards the unsustainable with each passing day. Equity involves not just invested capital, but a “stake” in the success of the acquired companies, which is a much better approach than constantly assuming debt to repay older debt. The second advantage is that, although this applies much less to the energy sector than to other state-owned enterprises, having the UAE (or other foreign) stakes in companies will mean that they will have a more business-oriented approach towards enterprise performance. Many Pakistani state-owned companies have been ruined over the last 50 years by graft, nepotism, ghost employees, and mismanagement. But there is simply no political will to reform this abysmal culture. The airline, steel, railway, and other sectors are emblematic of this. Tough foreign-driven management may be the panacea that overcomes local lethargy once and for all.

These advantages notwithstanding, the current form of the ordinance should not be the modus operandi in a well-functioning society that aims to grapple with both short- and long-term challenges. One cannot sell one’s heirloom for a song and expect future generations to hold any shred of respect for the now ageing, unpopular, and oligarchic structures that are crumbling at the seams. One must be answerable to the public of the present, and to the public of the future.

Dr. Usman W. Chohan is the Director for Economic Affairs and National Development at the Centre for Aerospace & Security Studies (CASS). The article was first published in The Nation. He can be reached at cass.thinkers@gmail.com