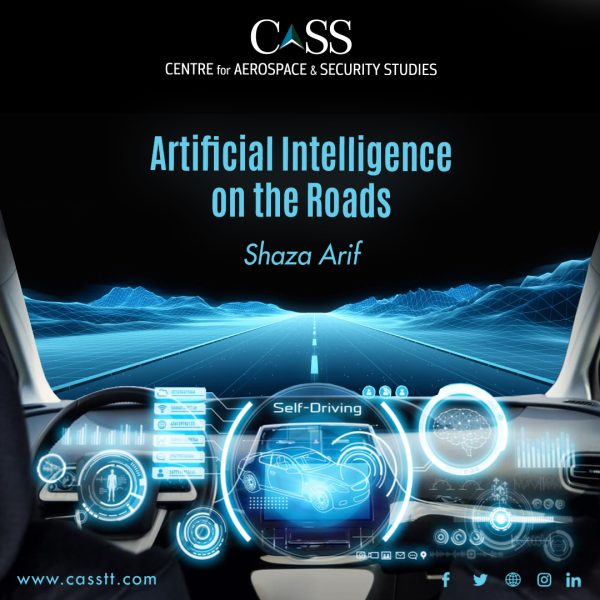 Artificial Intelligence (AI) is integrating into our lives at an expedited pace. Every day, autonomy is being explored further to ornate existing and new technologies to reap maximum benefits. From computer screens to highways, self-driving or autonomous vehicles have emerged as an interesting application of AI. The idea of self-driving cars has been in the offing for a long time, but the pursuit of autonomous vehicles in the AI age has created excitement amongst the public and pushed for greater effort to translate this idea into reality.

American and Chinese companies are extensively exploring autonomous driving. Tech Conglomerates such as Tesla, Waymo, Xiaomi, and Baidu are racing to develop, refine and excel in this technology. Last week, Baidu announced that it had gained approval to operate fully autonomous robotaxis in Chongqing and Wuhan (in the less populated zones). Tesla has claimed that it foresees itself as a USD 500 billion company via advancements in autonomous driving. Likewise, Waymo announced an investment of USD 2.5 billion toward autonomous driving in 2021. Xiaomi also plans to spend around USD 8 billion on Research and Development projects related to self-driving vehicles.

Although this technology is still in nascent stages and will take time to reach its full potential, it is certain that it is here to stay and will be explored rigorously, particularly by the US and China. While it remains to be seen who leads this race, the more critical aspect in this regard is how it will affect peoples’ daily lives.

Commuting via autonomous cars appears very tempting as it has potential benefits. They seem to minimise human-related errors on the road, offer a comfortable ride without the driving hassle, and can be shared by multiple users. Conversely, it also comes with potential risks that require due attention. Apart from the high cost of autonomous systems and the infringement of privacy issues, they are a potential security risk. In 2021, two people in an autonomous Tesla died after the car crashed into a tree. Since 2016, nearly 30 crashes of self-driving Tesla vehicles have been reported, out of which 19 were fatal. In April this year, a self-driving truck of TuSimple slammed into a concrete barricade during its test drive. Similarly, it was reported last month that autonomous Apple vehicles crashed into the bay area of the company’s headquarters and had trouble navigating the streets. It is likely that with time, these cars might become safer with more advanced and intelligent technology. Still, these events clearly manifest the safety risks they might pose and are a reminder of threats that may emerge in diverse forms.

What makes the security angle even more problematic is that despite the unprecedented efficiency of AI, it remains vulnerable to attacks. The fact remains that AI is the amalgamation of engineering techniques that lacks rationale thinking which humans can do. Hence, it can be manipulated and deceived. Adversarial attacks on ML pose a significant threat to autonomous vehicles on the road. Even slight modifications  to road signs can lead to wrong interpretations by detection systems of the car, which can cause considerable devastation. The threat of hacking these systems can also lead to fatal circumstances.

Autonomous vehicles might appear appealing during the trial phase, but smooth transition between hybrid mode, i.e., combination of autonomous and human-driven cars, remains a highly challenging task as well. Traffic management in the age of autonomous driving may be less complicated in technologically advanced countries such as the US, China, and European states. However, it is nearly impossible to envision on the roads of developing countries where there are diverse kinds of vehicles as well as different traffic patterns (or even none), on which the vehicles may not have been trained. Hence, the concept of one-size-fits-all cannot be applied to autonomous vehicles.

Autonomous driving would require extensive regulations and highly robust cyber security networks to operate smoothly. Perhaps this increasing complexity is one of the reasons that autonomous cars have still not been able to meet the approximate deadlines proposed by experts. In 2015, Tesla CEO Elon Musk and Google’s co-founder Sergey Brin predicted that autonomous cars would be around by 2017. Later, Musk promised a fleet of 1 million driverless taxis by 2020 – still remains pending. Billions of dollars have been invested in this technology but apparently, it still has a long way to go.

Autonomous driving is the manifestation of steering AI into our lives. This technology has the potential to reshape traffic, road safety and even urbanisation patterns in the longer run. Nevertheless, one thing is certain, the race towards acing this technology could prove dangerous as bringing AI on the road is going to have notable consequences in the future.