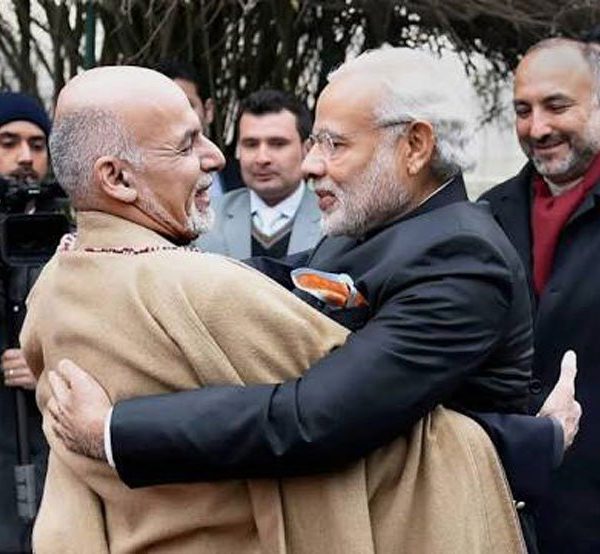 Pakistan has been a major proponent of a peaceful Afghanistan not only in its own interest but also for the larger interest of the region. However, India has consistently played the role of a spoiler to sabotage Pakistan’s efforts towards regional peace and stability. Pakistan, being a responsible regional actor, has repeatedly stressed that disengagement with Afghanistan will undermine pursuit of peace and stability. In this regard, Pakistan is prioritizing the well-being of Afghan people to whom it had extended hospitality during the Soviet invasion. Even now, Pakistan, despite its socioeconomic challenges and international pressure is helping Afghanistan.

Pakistan has always been concerned about establishing peace and stability in Afghanistan. No one has suffered more than Pakistan from the spillover effects of not only the invasion of Soviets but also the War on Terror. Pakistan has paid a huge price in the form of more than 70, 000 lives, USD 130 billion economic loss and a nightmare in the form of Army Public School attack which further strengthened its commitment to eliminate the menace of terrorism from its soil. Yet, even after the recent fall of Kabul, Pakistan did not isolate itself from the plight of neighboring people and once again extended a hand of support by actively pursuing regional and global diplomacy to draw assistance for the people of Afghanistan to avert any further humanitarian and refugee crisis. Pakistan’s Prime Minister underscored the urgent need of unfreezing Afghan assets in order to avert any foreseeable economic crisis in Afghanistan. In addition, he said ‘Pakistan would provide essential food items, including wheat and rice, emergency medical supplies and shelter items to Afghanistan’. It is one of many examples which reflects Pakistan’s sincerity towards the Afghan people.

The cost of disengagement with Afghanistan could bring humanitarian and economic catastrophe to an already fragile Afghanistan. Avoiding the mistakes of the 90s, all regional and global powers should engage with the interim-set up in Afghanistan to prevent economic collapse of the country. Together, regional neighbors and major powers need to create economic incentives within Afghanistan through financial and political assistance in the fields of education, health, food and other sectors.

In an attempt to enhance communication between major powers and build consensus, Pakistan hosted TROIKA plus meeting in Islamabad, with participation of Special Representatives for Afghanistan of China, Russia and the United States. On the other hand, India hosted a low-key gathering of regional National Security Advisors in New Delhi in a desperate attempt to remain relevant vis-à-vis Afghanistan. Ruling Bharatya Janta Party’s aspiration to move in the direction of Akhand Bharat and its attempt to secure a permanent seat in the United Nations Security Council reflects India’s desperation to become a regional hegemon. In doing so, the recent meeting of NSAs was

an unproductive gathering which did not contribute to the efforts for peace and stability. More so, no formal invitation was sent to Afghanistan after which the forum was considered to be one sided. Also, Pakistan and China refused to attend the conference because the principle stakeholders of the conflict were ignored.

The initiative clearly lacked transparency and the members could not come out of it on the same page showing that the final agreement lacked consensus. There were two separate statements issued by India and Russia. New Delhi’s press statement stressed upon the ‘collective cooperation against the menace of radicalization, extremism, separatism and drug trafficking in the region,’ however, there was no such reflection in the statement from Russia. It stated that ‘UN plays a central role in Afghanistan and the permanent UN presence in the country must be maintained’.

Spoilers cannot be peace builders, as underscored by Pakistan’s National Security Advisor. This is a true reflection of the way India is dealing with the ongoing situation in Afghanistan. The absence of principal actors like Afghanistan, China and Pakistan and the post-summit divergent views of the attendees highlighted India’s imprecise calculation of the regional situation and its shoddy policies towards Afghanistan. On the other hand, TROIKA plus meeting in Islamabad was successful in gathering relevant parties with regards to Afghanistan on the discussion table. To discuss ‘Afghan’ issue, Foreign Minister of Interim government of Afghanistan was included in the talks, making TROIKA + a more relevant platform as opposed to selfish desire driven Indian initiative. This mechanism is a balanced combination of countries that have long been associated with Afghanistan, like the US, along with the rising global power, China. Each of these countries has different interests in various directions on the Afghan issue, yet together they are capable of backing regional and international efforts for peace and stability in Afghanistan.

Asad Ullah Khan is a senior researcher at Centre for Aerospace & Security Studies (CASS), Islamabad, Pakistan. He can be reached at snr.res.a@casstt.com